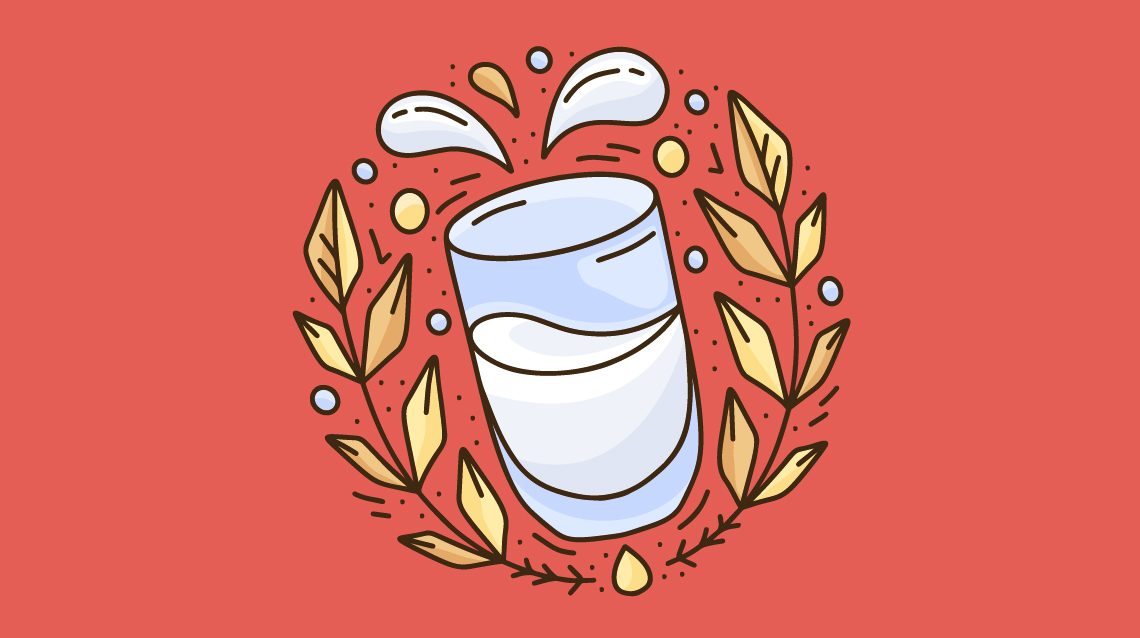 How do you turn people who are totally unaware of a product into raving fans?

This is the marketing question of a lifetime—and there’s no way we can tell you it’s a one-size-fits-all template. Some brands succeed one way, and others need the complete opposite.

For example, Warby Parker used paid ads and influencer marketing to skyrocket their direct-to-consumer glasses. Most brands think this is the only way to get their claim to fame in the digital age.

But we’re going to show that this actually isn’t the case. Creative brainstorming tied to an understanding of how to give the perfect first experience is how a brand can reach worldwide success.

It all starts with oats and the massive rise in demand for plant-based milk. The next time you grab a coffee at your local coffee shop, ask them what plant-based milk options they have. When they say oat milk, you’ll remember this story.

Oatly, a Swedish company established in 1994, spent 20 years trying to get their oat milk established in the plant-based milk industry. But they kept running into a big problem: getting people to choose oat milk on the grocery store shelves when they didn’t even know oats could be milked.

So, Oatly went back to the basics.

How could they create a great first experience with their product that would turn strangers into customers and eventually raving fans?

Instead of pushing ad after ad and hoping people would get more familiar with the concept of oat milk, Oatly went to the drawing board. How could they create such a great first-time experience with Oatly that when people saw it in store, they’d want to buy it?

Oat milk is a great addition to coffee in place of dairy milk. Riding on the wagon of lactose-free, plant-based milk Oatly knew the demand for dairy-free milk was only gaining more traction in the US. They decided they’d break into the US market through the backdoor… of artisanal coffee shops.

Oatly’s customer avatar is willing to pay more to avoid traditional dairy milk. But they don’t know how much they would prefer oat milk in their morning latte versus almond milk or soy milk.

Who would be able to convince Oatly’s ideal customer avatar they’d like oat milk in place of other milk substitutes?

Other plant-based milk companies had forgotten about the middleman between their milk substitute and their customers: the people making their coffee. That’s when Oatly’s customer avatars doubled. Yes, they were going after plant-based milk lovers, but they also needed to make the baristas like them too.

Oatly created a Barista Blend specifically for smaller coffee shops that was thicker than other plant-based milks, which made it the best non-dairy option for baristas trying to draw those cool designs in cappuccinos. It gave the same experience as foaming whole milk—which made the baristas more than happy to promote it as a great option for their curious customers.

Think about it, have you ever gone to a coffee shop and asked what their milk options are after ordering your coffee?

It’s not a wild question to ask. Now, what happens if your barista says we have almond, soy, and oat. You say, “Umm… I’m not sure; which is best?” And your barista says, “Oat milk works really well because it’s thicker and more like regular milk.”

You just became an Oatly consumer. You’ve now tried oat milk and because it was made by your local artisanal coffee house, you had a great experience. Your latte was brewed to perfection and you’re more than happy to get the exact same thing tomorrow.

And so, a new plant-based milk option was on the rise.

Go Where Your Customers Already Are

Oatly didn’t try to hop into Starbucks right away. They went the opposite way and looked for coffee lovers’ favorite coffee shops. The first coffee shop to have Oatly’s infamous Barista Blend was Intelligentsia in 2016—a boutique hipster coffee shop. One year later, Oatly had enough success to expand to other coffee shops, and by the end of 2017, you could find the Barista Blend in 650 cafes in America.

Oatly’s rise to fame can be attributed specifically to their knowledge of their customer. They knew what would make a great first impression, and they knew where they needed to place themselves to get a chance at it.

By using the loved aesthetic of smaller coffee shops, Oatly didn’t come into the field as a dominating brand—they peeked in as an exciting new option for your morning cappuccino.

Well, excited might be an understatement. In 2018, 2 years after introducing themselves to the US market, oat milk sales cumulated to $6 million. One year later, they were at $40 million.

The demand for oat milk was so huge that 2018 is infamous in the barista world for having to squeeze every last drop out of each Oatly Barista Blend package. None of it could go to waste because there was too much demand and not enough product.

There was so much demand that 12-packs of Oatly, which normally sold for $50, could be found on Amazon for over $200.

Oatly will go down as one of the most successful traditional marketing strategies in the digital age—but that doesn’t mean they ever intended to remain traditional. Oatly has an online presence now and has honed in on their customer avatars through their brand voice and design.

Again, they’re showing us just how well they know their customer avatar and that they’re not afraid to go against the traditional digital marketing styles of other plant-based milk. Check out their Instagram caption for an idea of their brand voice: And they even have an Instagram account dedicated to Oatly Baristas where they highlight baristas. What other plant-based milk company is focused on the consumer and the barista? After researching Oatly’s rise to fame, all we can think about is how they’ve built such a solid understanding of their customer avatar and the experience they have with their brand. This is marketing wizardry, and we’re here for it.

If you want to get to know your customer avatar, just as well as Oatly does, you can start by getting to know everything from their values and goals to the podcasts they have in their queue by using the Customer Avatar Worksheet.

Alright, it’s time to grab ourselves a nice oat milk cappuccino. This one is for Oatly.

Cheers to your oaty success.