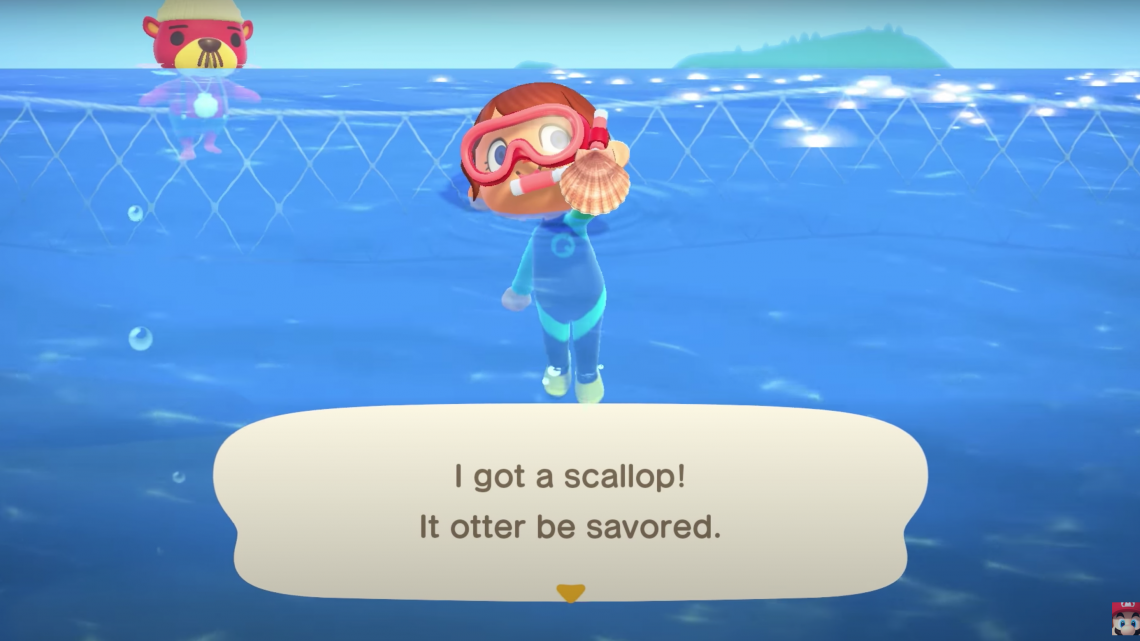 There’s huge news today for Animal Crossing: New Horizons players still devoted to the most pleasantly addictive way to stay kind of sane stuck at home during the pandemic. In the biggest update yet to the Nintendo Switch hit, players will soon be able to explore the water around their island. Oh — and Gulliver is a pirate now.

The free update will arrive on July 3, marking the first of two waves of new content due out in the summer season (for players in the Northern Hemisphere, anyway!). The update invites players to plunge into the ocean and swim around to collect anemones, starfish, eels and other sea-faring creatures, which can then be donated to their museum collection. The mysterious second half of the update is due out in early August.

[Announcement]Cool off this summer by diving into the #AnimalCrossing: New Horizons free Summer Update – Wave 1, arriving 7/3! Put on your wet suit to dive & swim in the ocean, and even meet new characters! Stay tuned for info on Wave 2, planned for release in early August. pic.twitter.com/cYd86R7g6D

The game will also add another new character, Pascal, a sea otter who you can hit up for new recipes. Anyone who’s played past Animal Crossing titles will recognize Pascal as a chill guy who doles out equally chill pearls of wisdom while casually treading water.

For a game that revolves around familiar cycles — collecting fruit, pulling weeds, shaking trees to find nice living room furniture — the addition of swimming and diving is actually a pretty big change. And it’s probably a good reason for anyone who went hard on New Horizons in the early days of the pandemic and ran out of things to do to revisit the game. It’ll be interesting to see what else Nintendo has in store for New Horizons, as it’s the first Animal Crossing title in a gaming era that expects plenty of post-release downloadable content already plotted out on the roadmap.

It’s also the perfect time to casually stroll out among your villagers while acting like no time passed at all if, like me, your wife accidentally broke one of your Switch controllers and you haven’t played in three weeks. Lolly, if you’re reading this, I want you to know they were back-ordered and this doesn’t change anything between us. Really.

When will California’s retail foot traffic return to normal?