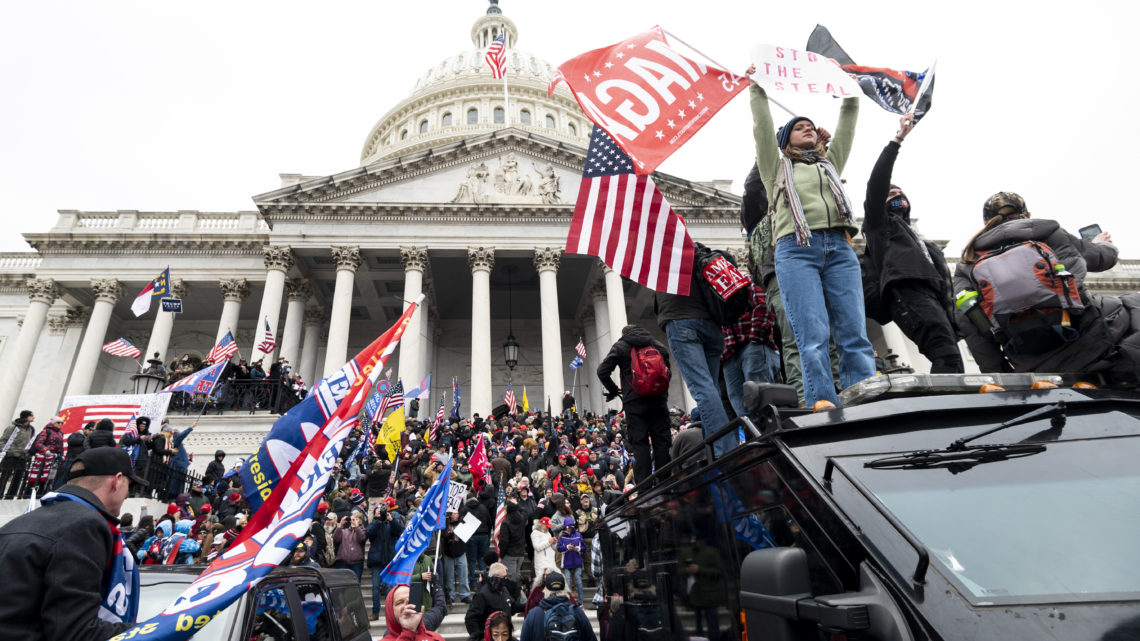 A pro-Trump mob stormed the U.S. Capitol while the president encouraged them on Twitter and … well, it feels extremely hard to care about anything else right now.

That said, there was a whole other news cycle before then, and I know you read The Daily Crunch for tech headlines. So I’ll do my best to carry on and squeeze everything in.

As you almost certainly know already, a pro-Trump mob entered the U.S. Capitol today, forcing the Senate and House to flee as they were in the process of debating and certifying Joe Biden’s election as president.

These Trump supporters were chanting slogans like “stop the steal,” which grew out of online conspiracy theories that have spread on social media. At least one gunshot victim has been reported, and an explosive device was also detonated safely outside the Republican National Committee.

Meanwhile, President Trump continued to tweet his unfounded and unsubstantiated claims of election fraud and even posted a video telling the rioters, “Go home, we love you.” Twitter has posted warnings but there are calls for the platform to go further.

Facebook redesigns Pages with a more simplified layout and no ‘Like’ button — The redesign includes a new look-and-feel, updated navigation, the introduction of a dedicated News Feed and a new Q&A format.

Twitter acqui-hires creative agency Ueno to help design new products — Twitter is essentially buying an agency with which it already had a close working relationship.

TikTok rolls out its first lidar-powered AR effect — The effect features an AR ball, similar to the one that drops in Times Square on New Year’s Eve.

Plant-centered prepared food delivery startup Thistle raises $10.3M — The company delivers plant-based full menus for its customers, along with a range of juices and sides.

Why VC funding is falling out of favor with top D2C brands — In 2020, venture capitalists unceremoniously broke up with D2C brands and product-based businesses.

Revenue-based financing: The next step for private equity and early-stage investment — The financial structures used by VCs haven’t evolved much since they first emerged in 1957.

Extra Crunch Live is back in 2021, connecting founders with tech giants and each other — Somehow, we did 44 episodes of the show in 2020.

(Extra Crunch is our membership program, which aims to democratize information about startups. You can sign up here.)