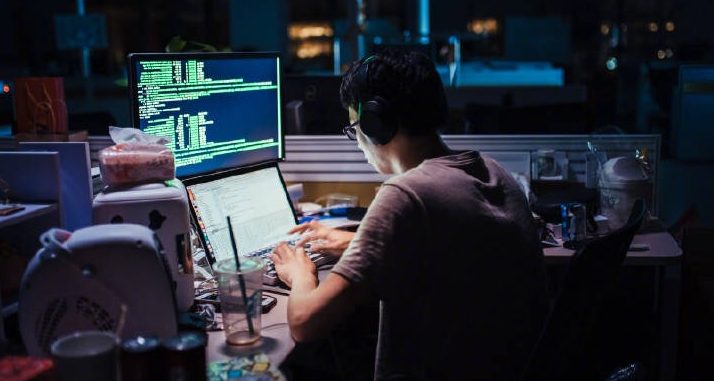 Pinduoduo, a rapidly growing Chinese e-commerce company, is weathering its PR storm after the death of an employee sparked criticism against the firm’s grueling working hours.

The employee, 21 years old, collapsed on her way home from work on a late night before New Year. The cause of her death has not been disclosed but internet users speculated that she had died from exhaustion.

Posts with the hashtag #PinduoduoEmployeeSuddenDeath have accumulated 300 million views on the Chinese microblogging platform Weibo. Separately, another Pinduoduo employee committed suicide on January 9 by jumping from his 27th-floor apartment. The local labor authorities are reported to be reviewing working conditions at Shanghai-based Pinduoduo.

On Sunday, a former Pinduoduo employee spoke out against the firm’s stressful work culture in a video that went viral, adding to the public outcry against Alibaba’s biggest rival. He alleged that employees at Pinduoduo’s headquarters are required to work at least 300 hours a month (about 75 hours a week), whereas staff in the newly established grocery delivery department have a 380-hour minimum. The employee who fell on her way home worked on Pinduoduo’s grocery business in the Western province of Xinjiang.

People with knowledge told TechCrunch that employees working on certain projects at Pinduoduo might work over 300 hours a month, though the hours aren’t mandatory. Companywide, staff are required to work from 11 AM to 8 PM.

The incredible rise of Pinduoduo, China’s newest force in e-commerce

Long working hours aren’t unique to Pinduoduo in China. The string of incidents is reviving the debate around “996”, a term that denotes employees working from 9 AM to 9 PM, six days a week, though it can refer to any other form of demanding work regime in China’s cutthroat internet industry.

Despite the public backlash and calls to boycott Pinduoduo, the company’s market position appears to remain firm. Its app downloads have remained stable since the first employee incident two weeks ago, with some days even seeing slight growth in installs, according to data analytics provider Jiguang. As of January 8, Pinduoduo had nearly 650 million installs.

Its shares, traded in New York, climbed from $144 on December 28 to $187 on January 5 and dropped slightly to $174 on January 11. A few venture capital investors of Pinduoduo contacted by TechCrunch declined to comment for this story.

The figures could be telling. Despite its efforts to attract more users in China’s wealthier cities, a substantial number of Pinduoduo users live in China’s low-tier cities and rural towns. The “996” culture of the megacity-based tech giants may be remote for them, while the deals on Pinduoduo, the e-commerce app famous for its “dirt cheap” goods, are tangible.