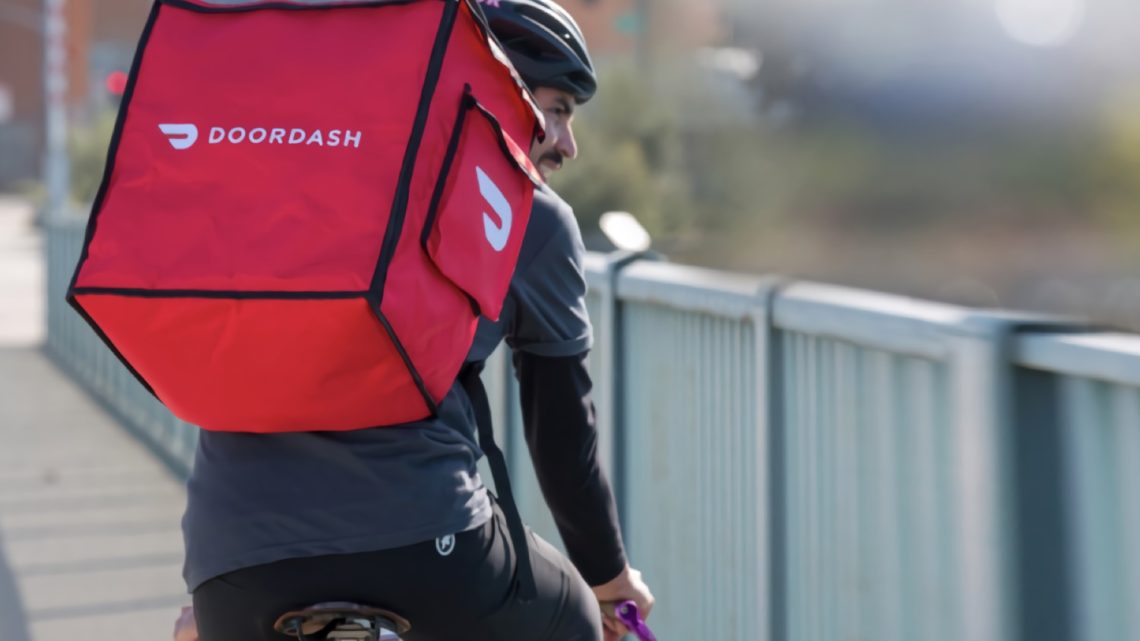 DoorDash IPO bets that the pandemic has accelerated change

DoorDash has become the go-to delivery choice for millions of people cooped up during the pandemic this year. Now it has filed an S-1, revealing its financials as it nears a long-intended IPO. These innards show an exciting business — and a larger story about how the year is going for tech companies in general.

When the company filed initial public offering paperwork back in February, it was coming off of an expensive year of growth in 2019. The California state legislature was passing laws, meanwhile, that directly targeted its gig-economy labor model. Then the pandemic hit. More from Alex Wilhelm:

The other jolt of good news for the company arrived last week. A California ballot proposition passed that preserved the contractor model it relies on for deliveries.

World events did not take a breath, though. A COVID-19 vaccine appeared on the horizon this week, and could lead to the pandemic ending as soon as next year. Will this be bad for DoorDash’s business? Alex took another look at the numbers for Extra Crunch, and didn’t come away with a clear answer. On the one hand, the company has been making ongoing investments in its delivery platform technology, which has helped to drive the success this year already. On the other hand, the S-1 is open about post-pandemic reality — profitability is going to decline. Alex:

To buy into the DoorDash IPO, especially at its currently floated $25 billion price, you have to believe that the company’s revenue growth will slow modestly at most. Otherwise the price makes no sense. Bearish investors who might expect the company to post negative growth in Q3 2021 won’t pay any price for DoorDash shares, but in between the two camps is a mess of vaccine timings, shifts in consumer behavior and macroeconomic questions that could determine how many American families can afford delivery. All of which will impact DoorDash’s future growth rates.

For those looking further out, DoorDash stock is about how you think the pandemic is going to change the world for the long term, or not. Are we going to be using DoorDash more often now for deliveries? Are we going to be at home as much in the first place? Or are we going to go back to offices, stores and restaurants like we did before?

Speaking of investors, Danny Crichton illustrates why it pays to bet on the world changing. The company has raised nearly $2.5 billion over the years. Today that includes an 18.2% ownership stake by Sequoia, 22.1% by the SoftBank Vision Fund, and 9.3% by Singapore’s GIC. As he writes for Extra Crunch, the founding executives Tony Xu, Andy Fang and Stanley Tang each own around 5% — smallish wedges of a growing pie. Maybe that is too much dilution? Or maybe, considering all of the other delivery companies that have failed or gone sideways, this is the pinnacle of success in the sector. 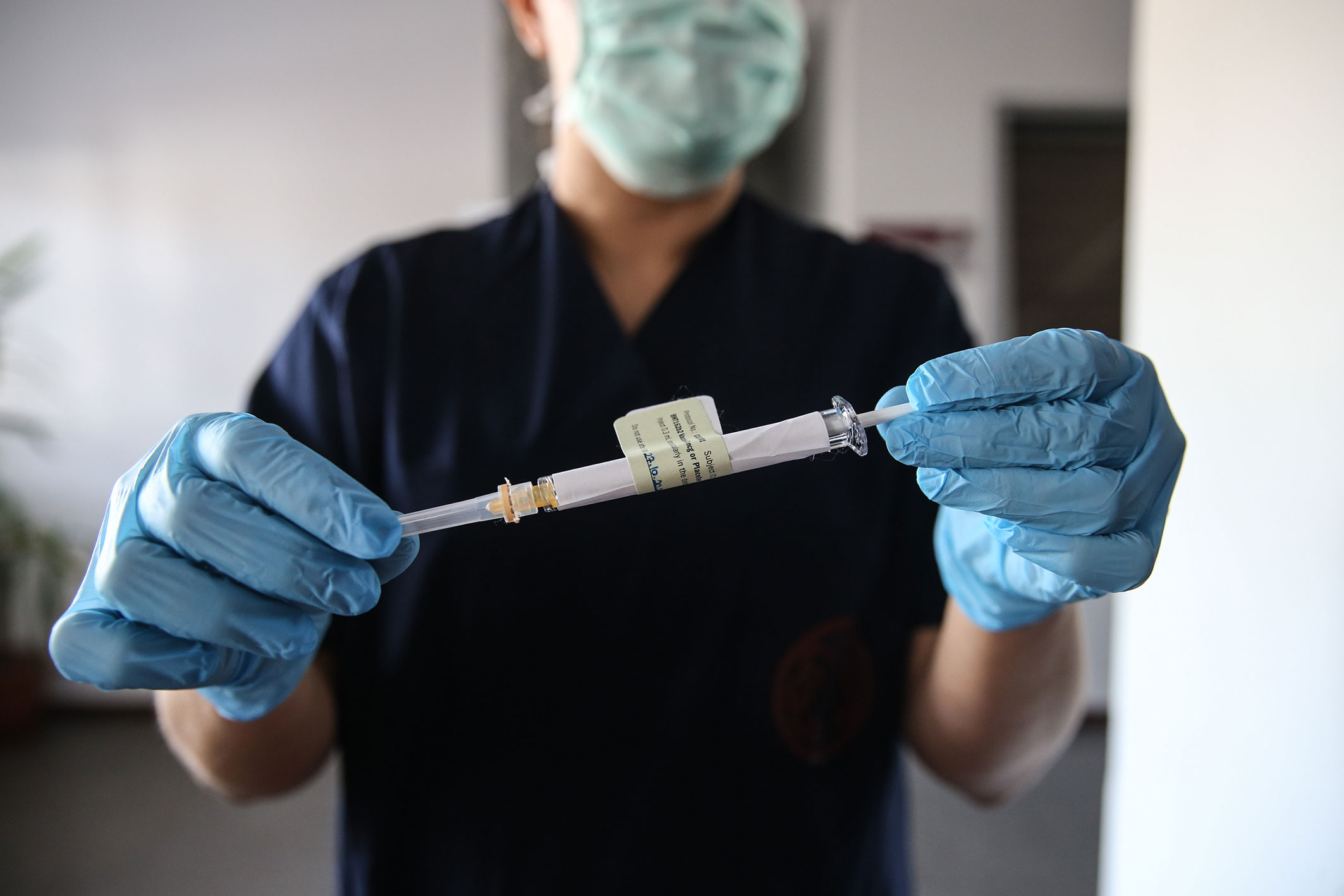 We all knew that at some point solutions would be figured out. But as COVID-19 cases have climbed this season, and as anxiety built around elections, it was hard to believe that the vaccine was right around the corner. The initial success reported Monday by BioNTech and Pfizer may mean that these two companies are close to success. But many other companies are attempting to use the same experimental gene-based vaccines so we may see others winners soon.

The stock market is already repricing tech stocks, in any case. Besides the timely arrival of the DoorDash S-1, here are a few other headlines about the impact of the news:

What happens to high-flying startups if the pandemic trade flips? (EC)

Tencent’s fintech business is the size of an Ant

In other news about political turbulence and the tech world, Rita Liao inspects Tencent’s quietly huge fintech empire and concludes that it “will need to tread more carefully on regulatory issues.”

Here’s why, for those trying to understand this global company and its place across markets:

As Ant Group seizes the world’s attention with its record initial public offering, which was abruptly called off by Beijing, investors and analysts are revisiting the fintech interests of Tencent, Ant’s arch rival in China. It’s somewhat complicated to do this, not least because they are sprawled across a number of Tencent properties and, unlike Ant, don’t go by a single brand or operational structure — at least, not one that is obvious to the outside world. However, when you tease out Tencent’s fintech activity across its wider footprint — from direct operations like WeChat Pay through to its sizeable strategic investments and third-party marketplaces — you have something comparable in size to Ant, and in some services even bigger. 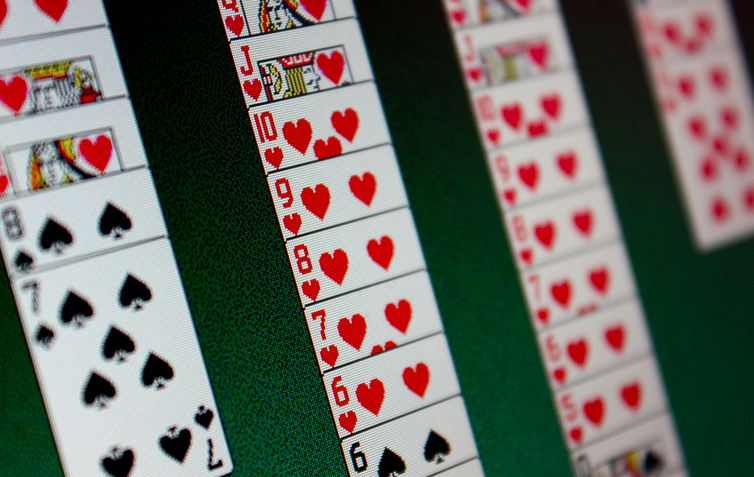 How one founder combined edtech and gaming

Serial founder Darshan Somashekar writes that if you want to build a great edtech product, then perhaps it should be a game. Here’s more, from his guest column for Extra Crunch this week:

Earlier this year, we launched Solitaired, a casual gaming platform that ties card games to educational experiences and brain training. We’re still early, but signs are encouraging: Our average time on site is 30 minutes, more than three times that of our earlier business. Even better, users come back often, on average returning more than five times per month. Since we’re now in the gaming space, we should have expected these metrics, but they still blew our expectations away. We’ve also found that the downsides can be mitigated. For example, high engagement has led to strong virality, driving down our CAC and increasing our growth. In-app purchase abuses can be tempting for game developers, but by focusing on user growth KPIs, we don’t have the desire to go down those routes. Lastly, the threat of Big Tech is there, but at present most of their attempts have yet to strike a chord among users. More importantly, that’s why choosing a market so massive that even individual Big Tech players can’t dominate is key: With a market this size, you can shoot for the stars, miss the moon and still do well for yourself.

Calling Dublin VCs: Be featured in The Great TechCrunch Survey of European VC

Human Capital: The gig economy in a post-Prop 22 world

Dear Sophie: What does Biden’s win mean for tech immigration?

The full Equity crew was on hand to debate the current venture capital market, curious about how risk-on, or risk-off things really are today. Danny, Natasha and I framed the conversation around a number of news items from the week, including:

Wrkfrce has launched, and we wanted to chat more about the future of niche media, bringing The Juggernaut’s own recent round and the Quartz shakeup into the conversation. And on the media front — always a risky venture capital investing domain — Spotify has snapped up another podcasting company, this time paying $235 for Megaphone. Our take? A string of small exits probably won’t encourage VCs to take on more risk in the space (Hunter Walk said the same thing here.) Turning to risk more generally, I asked Natasha to weigh in on the earlier stages of the venture market, and Danny on its later tranches. There’s still lots of money, but it appears more focused on chasing winners than bolstering or supporting less-obvious startups. That market is not slowing a risk-on move toward more venture capital players, as the Spearhead news showed a new focus for the firm to invest in emerging fund managers. And there’s still plenty of risk tolerance in remote-work solutions like Hopin, which just raised $125 million at a $2+ billion valuation. We’re torn on the round, but Danny likes it and he’s a former VC. And we wrapped with a chat about upcoming IPOs, and the recent SoftBank results. If DoorDash, Airbnb and others are going to go this year, they need to go soon. So far, no dice.

It was a busy week, despite the month. Expect more of the same next week.

Finally, don’t forget that our own Chris Gates is cutting Equity videos out of every episode that you can find over on YouTube. He does a great job and it’s great to be on video, as well as audio platforms.

Equity drops every Monday at 7:00 a.m. PDT and Thursday afternoon as fast as we can get it out, so subscribe to us on Apple Podcasts, Overcast, Spotify and all the casts.