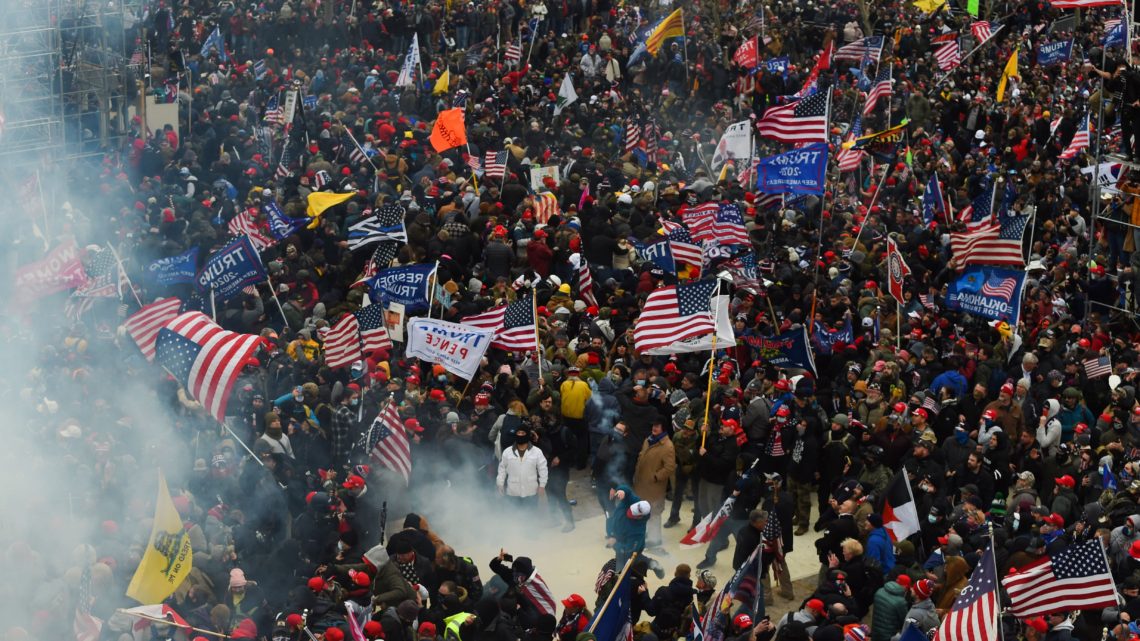 After removing a video in which President Trump praised a violent group of his supporters who broke into the U.S. Capitol building, Facebook is rolling out a new set of rules in response to the day’s shocking events.

Both Facebook and Instagram also announced that the president would be locked out of posting to his accounts for 24 hours, escalating the consequences for his role in sowing Wednesday’s violent chaos considerably.

We've assessed two policy violations against President Trump's Page which will result in a 24-hour feature block, meaning he will lose the ability to post on the platform during that time.

Facebook says that the group of people who rushed into the Capitol Wednesday now fall under the company’s policies on “dangerous individuals and organizations” — a designation it uses to enforce rules against terrorists, mass murderers and violent hate groups. Last June, the company added the anti-government “boogaloo” movement, which encourages its adherents to take up arms and prepare for or incite a civil war, to the same list.

“The violent protests in the Capitol today are a disgrace,” a Facebook spokesperson told TechCrunch.

Facebook and Instagram have both begun blocking content posted to the #StormTheCapitol hashtag. Facebook says that it is in the process of removing any content praising the Trump supporters who infiltrated the U.S. Capitol as well as any other “incitement or encouragement” of Wednesday’s events, including photos and videos from the individuals’ perspectives.

“At this point they represent promotion of criminal activity which violates our policies,” Facebook VP of Integrity Guy Rosen and VP of Global Policy Management Monika Bickert wrote in a blog post. Rosen and Bickert called Wednesday’s events an “emergency” for the platform:

“Let us speak for the leadership team in saying what so many of us are feeling. We are appalled by the violence at the Capitol today. We are treating these events as an emergency. Our Elections Operations Center has already been active in anticipation of the Georgia elections and the vote by Congress to certify the election, and we are monitoring activity on our platform in real time.”

The company will also crack down on anyone organizing any kind of protest that violates Washington D.C.’s newly implemented curfew, even peaceful gatherings. Any “attempts to restage violence” will also be removed.

Facebook says that it is also scouring the platform for any posts calling for people to bring weapons to a location “not just in Washington but anywhere in the US — including protests.”

Facebook also made a few tweaks to “emergency measures” it put in place for the U.S. election, including requiring additional admin review for group posts and auto-disabling comments on group posts that attract a “high rate” of hate speech or encouragement of violence.

Facebook’s blog post also mentions previous crackdowns on militias, the Proud Boys and the “violence-inducing” QAnon conspiracy. Each group connected and grew on Facebook before eventually eventually being booted from the platform and all three had a presence at Wednesday’s violent attempt to overthrow the U.S. election results.

Militia tied to plot to kidnap Gov. Whitmer was removed from Facebook in boogaloo purge