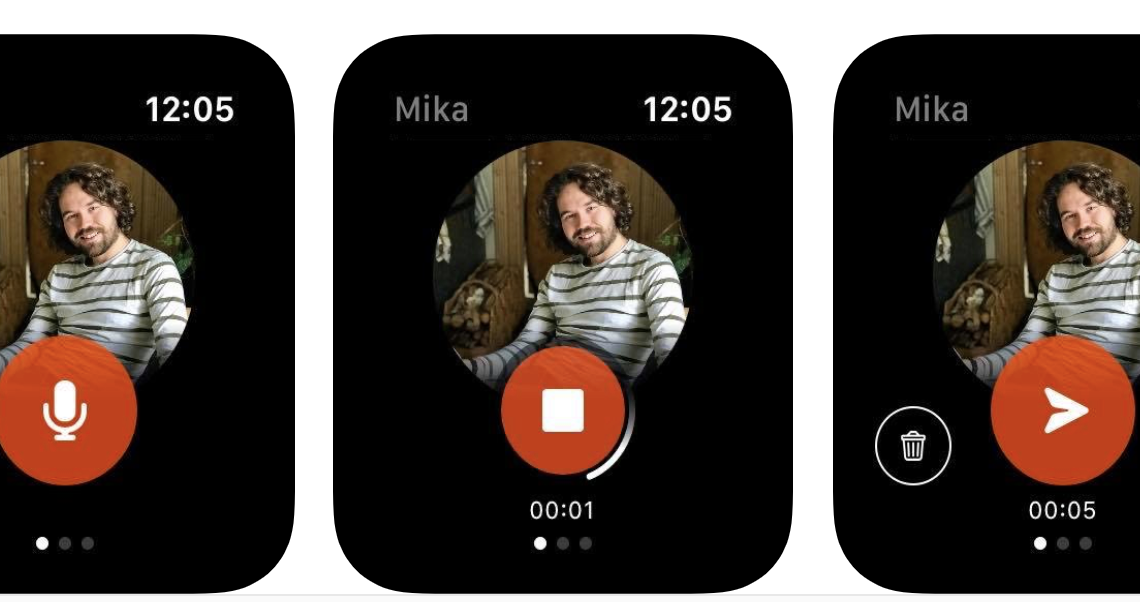 Facebook’s internal R&D group has today launched a new app that lets you keep up with your close friends via your Apple Watch. The app is called Kit, or Keep in Touch, and works using a combination of QR codes and Facebook’s existing Messenger service.

According to Kit’s App Store description, you get started with the app by first scanning a QR code on your watch or by entering in an access code at fb.com/devices. You then select the Messenger contact you want to stay in touch with using Kit.

The app allows you to send a variety of messages with just one tap, including voice recordings, emoji, location sharing, scribbles and even dictation input — similar to how using iMessage from your Apple Watch works today. However, these messages are being sent over Facebook’s own Messenger service, not SMS or iMessage.

The new app also allows you to receive and respond to notifications and read your contact’s messages to you.

The idea behind the app is to allow users to stay in touch without having to pick up their phone, the App Store description explains.

While Facebook’s Messenger already offers support for Apple Watch, Kit is focused more on keeping up with close contacts only– a significant other, best friend, or family member, for example. That allows it to offer a different user interface and experience from Messenger on Apple Watch, where you have to navigate on a tiny screen to read and respond to your messages.

Kit is the latest from Facebook’s internal R&D division, NPE Team, which tests out new app concepts and rapidly iterates. So far, the NPE Team has put out a variety of new social apps like meme creator Whale, conversational app Bump, music app Aux, video app Hobbi, and most recently, Tuned, an app for couples. But only a few remain available today, as Facebook had said previously that the NPE Team apps that don’t find an audience will be quickly shut down.

To date, the NPE Team apps have launched new social experiences that weren’t tied to Facebook’s existing products. Kit, however, ties into Messenger — a move that could help it gain more of an audience, as it can tap into Messenger’s over a billion users. In addition, Kit could prove especially useful in the COVID-19 era, as people are trying not to touch their smartphones while out in public and wearing gloves. Instead, they could respond to critical messages from their close friends or family over Kit, without having to use their phone.

Kit is also notable for being the first of Facebook’s NPE Team apps to launch on Apple Watch.

Facebook doesn’t typically comment on its NPE Team experiments, and will instead point back to its original announcement that said availability would depend on the app.

According to data from Apptopia, the app hasn’t ranked yet on the App Store charts, as it’s still new.

Kit is a free download for iOS, but is for Apple Watch only.