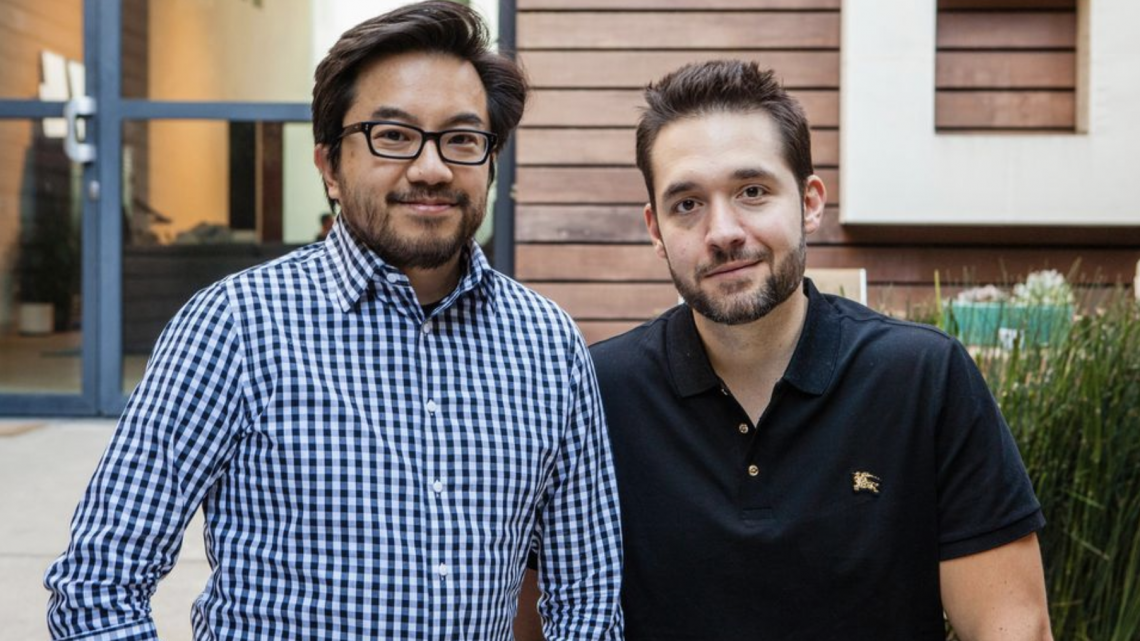 Garry Tan and Alexis Ohanian founded Initialized Capital roughly nine years ago and they’ve closed four funds since, including most recently in late 2018.

That $225 million vehicle is roughly twice the size of their previous fund, but because of the coronavirus, the firm, and its portfolio companies — some of which include Opendoor, Instacart and Coinbase — could be facing a tougher road in 2020. Certainly, that’s true of nearly ever other venture firm and startup right now.

To get a sense of where the team is currently, what it’s telling its founders, whether it thinks the abrupt downturn might change founders’ behavior, as well as whether either thinks big tech should be broken up, we talked with the two last night via Zoom about these issues and more. It was a fun conversation that you can check out here, beginning around the 23 minute mark. In the meantime, you can find highlights from our conversation right here. Among the many things we covered:

We first talked about how much runway startups need right now that the U.S. is largely closed for business.

Tan offered that because returning to normalcy could “well be six to nine months,” partly because the U.S. isn’t informally containing the virus and there’s not yet a vaccine for it. To “make sure you have the cash to last to the other side,” he said, founders need to think in terms of 18 months. “It’s a lot,” said Tan, “but that’s sort of what’s necessary, and that’s what we’ve been advising our portfolio companies.

The duo also talked about  how to actually squeeze 18 months of runway out of startup that hasn’t freshly raised a round.

Ohanian said to “renegotiate everything,” from office space to venture debt agreements. He also noted there are “obvious things that you get cut early, around like non-essential marketing,” saying, “I’m as bummed as the next person to not be able to go to Cannes Lions this year, but I think we all agree like these are very reasonable things to be cutting at times like this.”

Because Ohanian is fairly vocal on Twitter about U.S. efforts to contain the coronavirus and to help healthcare workers, we spent some time on this, too.

Ohanian said that, “Like a lot of Americans, I’m pretty frustrated by the situation right now. I mean, I live in Florida, which I think is going to see some really staggering numbers [of sickened residents] here in the next couple of weeks [because of its] elderly population and . . .a governor that’s that’s taking too long to do the things we need to do to keep them safe.”

He added that he remains inspire by the “ingenuity and the resilience” of its citizens, including founders who’ve begun adapting to these new situations, including the Initialized portfolio companies Flexport, the logistics startup, and Ro, the tele-health startup that originally focused on men’s wellness.

Through a new initiative announced earlier this week, Flexport is “literally raising millions of dollars in donations to bring medical supplies to the Bay Area and to those healthcare workers,” noted Ohanian.

Ro is meanwhile offering a free Covid-19 assessment to anyone who wants to take it and if he or she is deemed at enough risk, Ro will connect that individual with a physician or RN. That medical professional can’t administer an FDA-approved test, Ohanian acknowledged, but it’s better than nothing, he suggested. “This is not a salve. This is not a magic wand at all. What hopefully this can do is give people more information quicker about the decisions they should be making about their own safety and the safety of people they might come in contact with.”

Naturally, we had to ask how a founder lands a check from Initialized, and whether the firm needs to see a product or momentum first.

On this front, Tan was clear that “no traction is fine,” explaining that the firm funded Around, a two-year-old, Redwood City, Ca.-based videoconferencing startup that this month announced $5.2 million in seed funding, with “a demo that kind of honestly barely worked” but whose approach to solving a particular problem really resonated with the team.

“When I met [founder and CEO Apoorva Mehta,” said Tan, “it was the early days of the iPhone app platform” and “everyone else was pitching that idea” at the same time. But where most ‘demoware’ is “jerky” or “not properly threaded,” Mehta’s “scrolled really smoothly and the images were properly threaded and I could see that he was a craftsman,” says Tan. As important to him, “Apoorva is not a person who accepts ‘no.’ He takes a no and turns it into a yes.” (Both Tan and Ohanian emphasized here that good salesmanship, meaning solid storytelling, can accomplish a lot.)

As for what’s happening day to day, we asked both if they’re spending time in board meetings, poring over financials and trying to figure out how keep the startups in their portfolio going during this downturn. They suggested they’d already done this before Covid-19 took hold in the U.S.

Said Tan, “Not to put other VCs on blast, but often they don’t actually keep track of the runway of their companies quite so closely. For us, we have quarterly reviews, [so] the day all this stuff happened, we immediately knew who we needed to spend time with. We’d started talking about this in February. I wore my first N95 mask to our retreat in Cabo San Lucas [early last month] and and people at the airport thought I was a little bit nuts, but it was already in our mind that [the virus] might come over here. So when we did our last portfolio review in February, we were already mindful of anyone who has short runway [because we wanted] to make sure we had that conversation.”

Added Tan, “There are some boards that I’m on where I was telling them this was going to happen, and they just didn’t believe me. But for a few teams, they were able to put the right things into place and start their fundraise a little bit earlier.”

Before we let them go, we asked if they had thoughts about the tech giants — on which we’re suddenly more reliant on ever  — being broken up, and whether they should be.

Ohanian, who famously cofounded the social media giant Reddit, declined to say much on this front, other than that Initialized has backed “companies that thrive in part because they’re giving everyone else a chance to compete with Amazon. So I don’t know if that doesn’t tell you something, I don’t know what else would.”

For his part, Tan said he “probably” doesn’t want the government to intervene with big tech, but he’s concerned about their rise (and rise).  Said Tan, “What I want is our startups to be successful, and when they become successful, that they arm thousands of small businesses, medium-size businesses, and the retailers that could not possibly to hire an engineer to actually survive. . . because otherwise, Amazon’s going to run the table.

We also asked if they worry big tech companies are more hesitant to shop, given the regulatory scrutiny they have been under.

Tan suggested that Initialized hasn’t counted on M&A activity for its exits for some time.  “What’s weird about startups [[is that back] in 2008 when we came up, M&A was a much bigger part of what people talked about. These days, everything we fund, we want to fund it for the IPO.”

The reality, he continued is that none of the tech giants are acquisitive because they “sort of don’t know what to do with the cash. [There’s] definitely a Peter Thiel-ism that I totally believe, which is that Google is sitting on a cash hoard, and when you sit on a cash hoard, it means, ‘I don’t know what else to do. There are not projects that have a positive net IRR that I can put that money into. I could not hire people to go work on a thing that could make more money.’

Said Tan, “If anything, these companies have sort of become giant babysitting places for very, very smart tech people.”

Not last, we talked about their hopes for what comes next.

Ohanian is choosing to remain optimistic on a lot of fronts right now, he suggested, and that’s unsurprisingly true of his work. As he told us, “One of the fortunate parts about doing early-stage investing is also that this [frightening moment] is a time when founders are going to come solving real problems. I actually expect the next two years to be opportunities for some really great and hopefully impactful companies to get formed. “In the wake of all this,  [founders] can not just solve really important business leads; they can also do some good in the process.”

Before we parted ways, we also talked about founders and whether some had blown it by not taking their companies public while the window was still open.

Both Tan and Ohanian seemed to defend founders who’ve chosen to stay private longer in recent years while ceding that staying private isn’t good for employees or investors or the founders themselves. Indeed, “a lot of it comes back to governance,” said Ohanian, with both he and Tan expressing equal parts dismay over activist investors and the perpetual shareholder rights that founders have been demanding to protect themselves from said activist investors. (Ohanian called such voting rights an “ugly hack.”)

Both sang the praises of Long Term Stock Exchange — the stock exchange created by entrepreneur Eric Ries — and what it hopes to accomplish, which is to make it safer to go public without worrying about activist investors by rewarding longer-term shareholders who believe in a company.

Worth noting: LTSE, as it’s known, is an Initialized portfolio company.