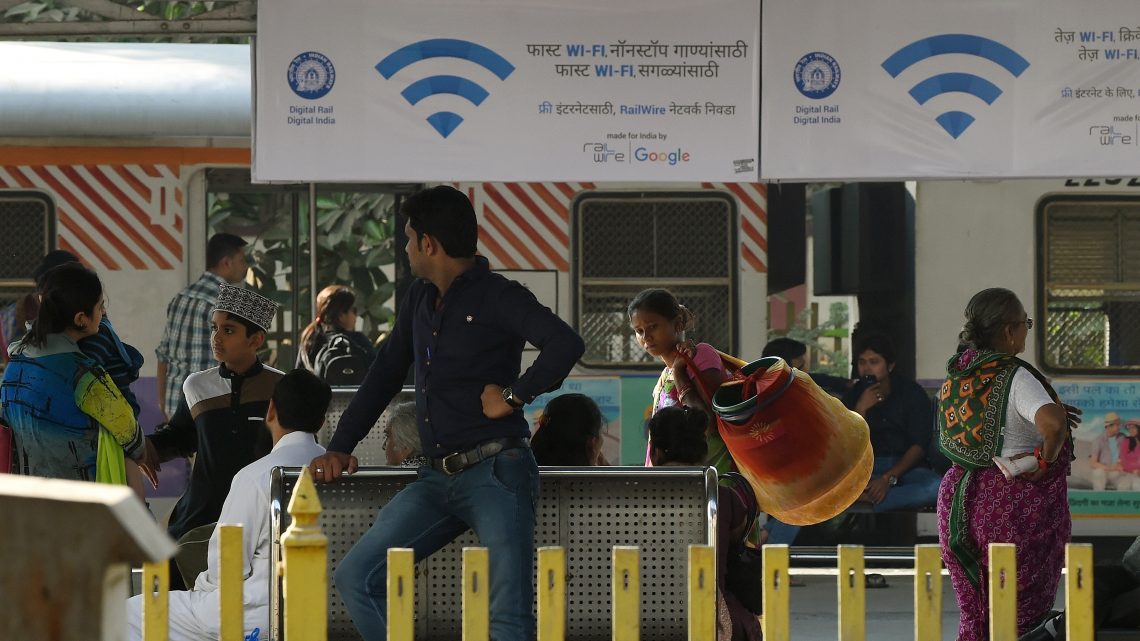 Google said on Monday that it is winding down its Google Station, a program as part of which it worked with a number of partners to roll out free Wi-Fi in more than 400 railway stations in India and in several other public places in many other pockets of the globe.

Caesar Sengupta, VP of Payments and Next Billion Users at Google, said the program, launched in 2015, helped millions of users surf the internet — first time for many — and not worry about the amount of data they consumed. But as mobile data prices got cheaper in many markets including India, Google Station was no longer as necessary, he said.

Additionally, it had also become difficult for Google to find a sustainable business model to scale the program, it said. In recent years, Google did explore ways to monetize Google Station: The company began showing an ad when a user signed in to connect to its internet service, for instance.

In an interview early last year, Gulzar Azad, who spearheads connectivity efforts for Google in India, told me that the company was thinking about how it intends to scale Station to more markets, but noted that as far as deployment in Indian railway stations was concerned, Google had reached its goal.

A year after Google announced its efforts to offer free Wi-Fi in India, the country’s richest man, Mukesh Ambani, launched his telecom network Reliance Jio. Jio offered customers bulk of 4G data at no charge for an extended period of time, forcing other telecom operators to slash their tariffs. In a span of just a few months, tens of millions of Indians were able to afford mobile data for the first time.

In a different interview, I asked Azad if Google Station’s relevance had somewhat reduced because of Reliance Jio. At the time, he said plenty of people were still signing up for the company’s program and their data consumption had also not lowered.

Google worked with a number of companies to enable free Wi-Fi to users in public places. In India, for instance, Google built the software stack while RailTel, a state-owned telecom infrastructure provider, delivered the free internet access.

RailTel delivers Wi-Fi in more than 5,600 railway stations and over the years has developed the capability to offer its own software stack. “We are working with our partners to transition existing sites so they can remain useful resources for the community,” said Sengupta.

“The challenge of varying technical requirements and infrastructure among our partners across countries has also made it difficult for Station to scale and be sustainable, especially for our partners. And when we evaluate where we can truly make an impact in the future, we see greater need and bigger opportunities in making building products and features tailored to work better for the next billion user markets,” he added.

The company will be winding down Station globally this year.

Google isn’t the only tech giant that has worked to offer free internet to users in developing markets. Facebook’s successor to Internet.org — the program that was banned in India for violating net neutrality regulations — launched in the country in 2017.