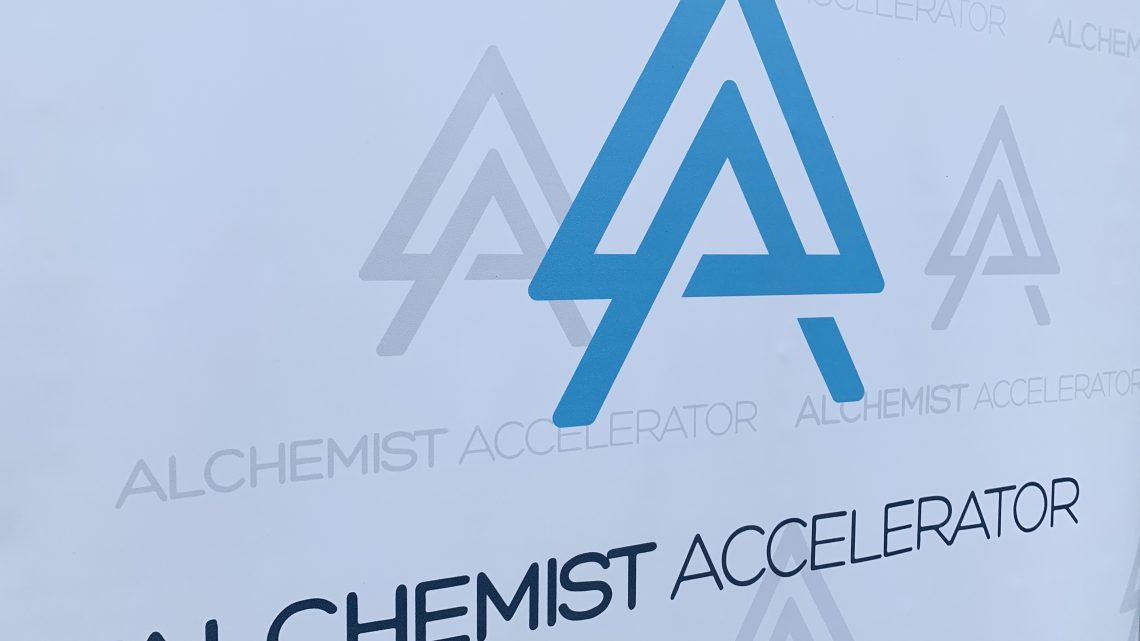 Here are all 21 companies from Alchemist Accelerator’s latest batch

We’re down in Sunnyvale, CA today, where Alchemist Accelerator is hosting a demo day for its most recent batch of companies. This is the 23rd class to graduate from Alchemist, with notable alums including LaunchDarkly, MightyHive, Matternet, and Rigetti Computing. As an enterprise accelerator, Alchemist focuses on companies that make their money from other businesses, rather than consumers.

21 companies presented in all, each getting five minutes to explain their mission to a room full of investors, media, and other founders.

Here are our notes on all 21 companies, in the order in which they presented:

i-50: Uses AI to monitor human actions on production lines, using computer vision to look for errors or abnormalities along the way. Founder Albert Kao says that 68% of manufacturing issues are caused by human error. The company currently has 3 paid pilots, totalling $190k in contracts.

Perimeter: A data visualization platform for firefighters and other first responders, allowing them to more quickly input and share information (such as how a fire is spreading) with each other and the public. Projecting $1.7M in revenue within 18 months.

Einsite: Computer vision-based analytics for mining and construction. Sensors and cameras are mounted on heavy machines (like dump trucks and excavators). Footage is analyzed in the cloud, with the data ultimately presented to job site managers to help monitor progress and identify issues. Founder Anirudh Reddy says the company will have $1.2M in bookings and be up and running on 2100 machines this year.

Mall IQ: A location-based marketing/analytics SDK for retail stores and malls to tie into their apps. Co-founder Batu Sat says they’ve built an “accurate and scalable” method of determining a customer’s indoor position without GPS or additional hardware like Bluetooth beacons.

Ipsum Analytics: Machine learning system meant to predict the outcome of a company’s ongoing legal cases by analyzing the relevant historical cases of a given jurisdiction, judge, etc. First target customer is hedge funds, helping them project how legal outcomes will impact the market.

Vincere Health: Works with insurance companies to pay people to stop smoking. They’ve built an app with companion breathalyzer hardware; each time a user checks in with the breathalyzer to prove they’re smoking less, the user gets paid. They’ve raised $400k so far.

Harmonize: A chat bot system for automating HR tasks, built to work with existing platforms like Slack and Microsoft Teams. An employee could, for example, message the bot to request time off — the request is automatically forwarded to their manager, presenting them with one-click approve/deny buttons which handle everything behind the scenes. The company says it currently has 400 paying customers and is seeing $500k in ARR, projecting $2M ARR in 2020.

Coreshell Technologies: Working on a coating for lithium-Ion batteries which the company says makes them 25% cheaper and 50% faster to produce. The company’s co-founder says they have 11 patents filed, with 2 paid agreements signed and 12 more in the pipeline.

MeToo Kit: a kit meant to allow victims of sexual assault or rape to gather evidence through an at-home, self-administered process. Co-founder Madison Campbell says that they’ve seen 100k kits ordered by universities, corporations, non-profits, and military organizations. The company garnered significant controversy in September of 2019 after multiple states issued cease-and-desist letters, with Michigan’s Attorney General arguing that such a kit would not be admissible in court. Campbell told Buzzfeed last year that she would “never stop fighting” for the concept.

AiChemist Metal: Building a thin, lightweight battery made of copper and cellulose “nanofibers”. Co-founder Sergey Lopatin says the company’s solution is 2-3x lighter, stronger, and cheaper than alternatives, and that the company is projecting profitability in 2021. Focusing first on batteries for robotics, flexible displays, and electric vehicles.

Delightree: A task management system for franchises, meant to help owners create and audit to-dos across locations. Monitors online customer reviews, automatically generating potential tasks accordingly. In pilot tests with 3 brands with 16 brands on a waitlist, which the company says translates to about $400k in potential ARR.

NachoNacho: Helps small/medium businesses monitor and manage software subscriptions their employees sign up for. Issues virtual credit cards which small businesses use to sign up for services; you can place budgets on each card, cancel cards, and quickly determine where your money is going. Launched 9 months ago, NachoNacho says it’s currently working with over 1600 businesses.

Zapiens: a virtual assistant-style tool for sharing knowledge within a company, tied into tools like Slack/Salesforce/Microsoft 365. Answers employee questions, or uses its understanding of each employee’s expertise to find someone within the company who can answer the question.

Onebrief: A tool aiming to make military planning more efficient. Co-founder/Army officer Grant Demaree says that much of the military’s planning is buried in Word/Powerpoint documents, with inefficiencies leading to ballooning team sizes. By modernizing the planning approach with a focus on visualization, automation and data re-usability, he says planning teams could be smaller yet more agile.

Acoustic Wells: IoT devices for monitoring and controlling production from oil fields. Analyzes sound from pipes “ten thousand feet underground” to regulate how a machine is running, optimizing production while minimizing waste. Charges monthly fee per oil well. Currently has letters of intent to roll out their solution in over 1,000 wells.

The Importance of Cybersecurity in the Restaurant Industry