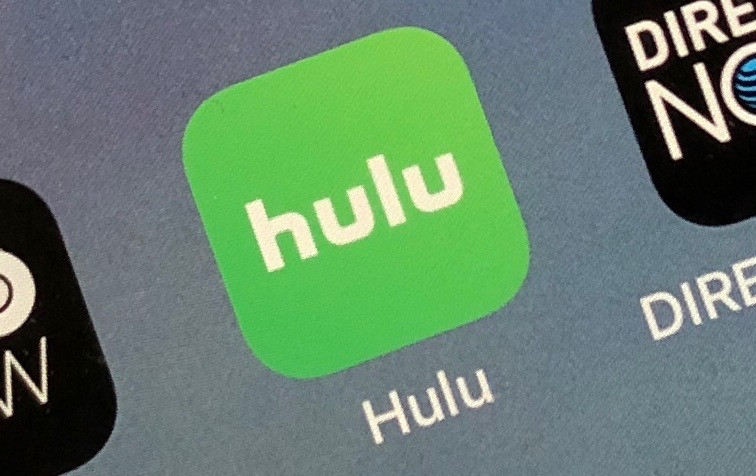 Some Hulu customers found that the video streaming service was no longer working on their Apple devices, beginning in the early morning hours on Tuesday. According to tweets and other social media posts from customers, as well as from websites like DownDetector, Hulu began experiencing issues in the early AM Pacific Time in the U.S., with a larger spike occurring around 5 AM PT.

Hulu confirmed with TechCrunch the issues only impacted a small percentage of its user base on Apple devices like Apple TV and iPhone. It says the issue has been resolved.

The company’s customer service Twitter account has also been replying to individual users to note that Hulu’s developers have put in changes to mitigate the service interruption and users who had issues should also reboot their devices to begin streaming. 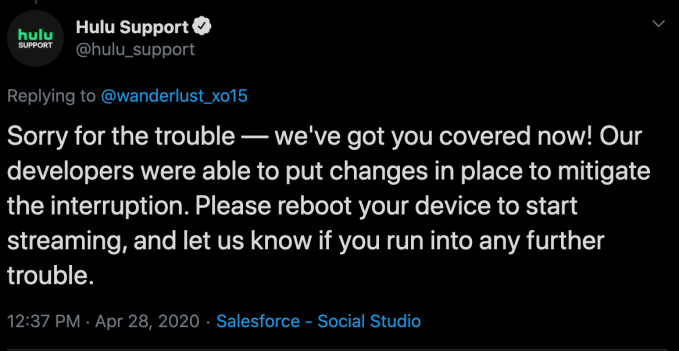 Despite what appears to be a limited outage, losing access to video streaming during the coronavirus quarantine caused a number of users to immediately turn to Twitter to post their complaints. In fact, the hashtag #HuluDown is even still trending as of the time of writing.

But even though video services are facing record usage due to the large numbers of stay-at-home users under quarantine and government lockdowns, Hulu, Netflix, Prime Video and others haven’t seen long-term outages during these past few weeks — something that speaks to the relative stability of their services. There have been a few issues here and there of course — Netflix went down for an hour, or Twitch saw crashes, for example. And now this brief blip from Hulu.

DownDetector only showed some ~3,400 incident reports, and the Twitter hashtag accumulated just over 3,000 tweets before the problems were resolved.

Amazon to stream NFL’s Thursday Night Football through 2022, plus one exclusive game each season