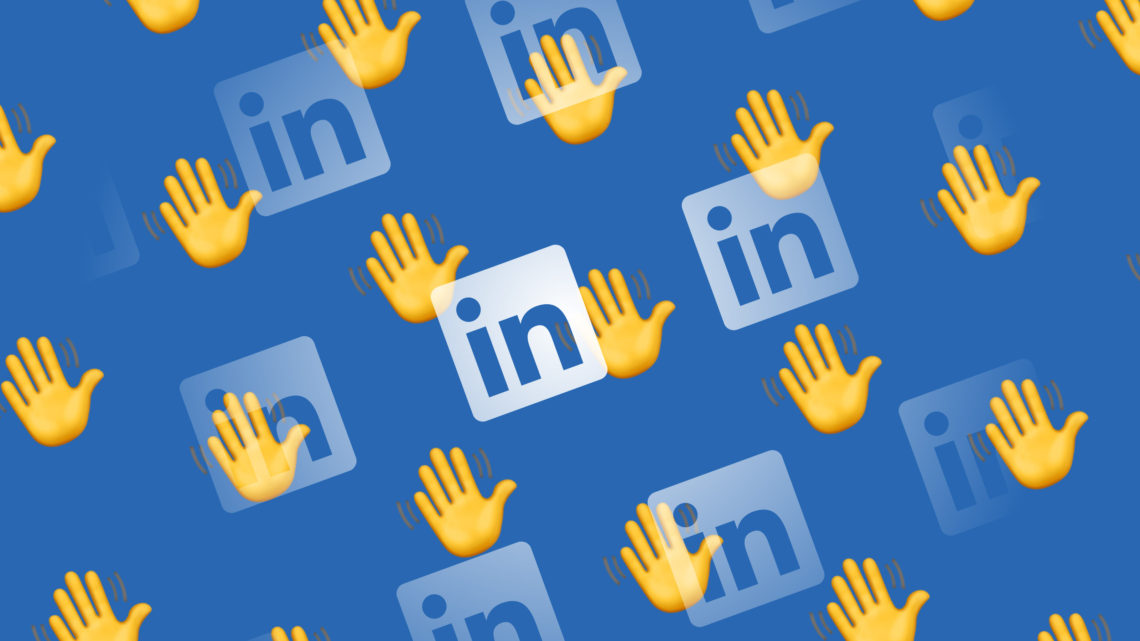 LinkedIn confirms it’s working on a Clubhouse rival, too

Clubhouse’s list of competitors is growing. LinkedIn has now confirmed it’s also testing a social audio experience in its app which would allow creators on its network to connect with their community. Unlike the Clubhouse rivals being built by Facebook and Twitter, LinkedIn believes its audio networking feature will be differentiated because it will be connected with users’ professional identity, not just a social profile. In addition, the company has already built out a platform that serves the creator community, which today has access to tools like Stories, LinkedIn Live video broadcasting, newsletters and more.

And just today, LinkedIn formalized some of its efforts in this area with the launch a new “Creator” mode that lets anyone set their profile as one that can be followed for updates, like Stories and LinkedIn Live videos, for example.

This focus on creators puts LinkedIn on competitive footing in terms of expanding its own Clubhouse rival, compared with other efforts by Facebook, Twitter, Telegram, or Discord — all of which have their own audio-based networking features in various stages development at this time.

Though Twitter’s Clubhouse rival, Twitter Spaces, is already live in beta testing, its full set of creator tools have yet to arrive. In fact, it was only last month that Twitter announced its plans for a larger creator subscription platform via a new “Super Follow” feature, for instance. And it only this year entered the newsletter space via an acquisition. Facebook, meanwhile, has historically offered a number of creator-focused features, but has just recently gotten invested in tools like newsletters.

LinkedIn says its development of an audio-based networking feature came about because its members and creatives have been asking for more ways to communicate on its platform.

“We’re seeing nearly 50% growth in conversations on LinkedIn reflected in stories, video shares, and posts on the platform,” Suzi Owens, a spokesperson for LinkedIn, said when confirming its audio feature’s development. “We’re doing some early tests to create a unique audio experience connected to your professional identity. And, we’re looking at how we can bring audio to other parts of LinkedIn such as events and groups, to give our members even more ways to connect to their community,” she said.

As a result of creators’ interest in this space, the company moved quickly to develop its own Clubhouse-like feature, where there’s a stage showcasing the room’s speakers and a set of listeners below. There are also tools to join and leave the room, react to comments, and request to speak, according to screenshots of the interface first discovered in the LinkedIn Android app by reverse engineer Alessandro Paluzzi.

Note that Paluzzi populated the user interface with his own profile icon, shown in the image he tweeted. That is not part of the LinkedIn mockup. Instead, LinkedIn shared its own conceptual UX mockup of its in-room experiences with TechCrunch, which shows a more fleshed out example of how the feature may look at launch.

LinkedIn believes that because the audio experience will be connected with users’ professional identities, they’ll feel comfortable speaking, commenting and otherwise engaging with the content, the company told TechCrunch. It will also be able to leverage its existing investment in moderation tools built for other features — like LinkedIn Live — to help to address any concerns over inappropriate or harmful discussions, like those that have already plagued Clubhouse.

“Our priority is to build a trusted community where people feel safe and can be productive,” Owens noted. “Our members come to LinkedIn to have respectful and constructive conversations with real people and we’re focused on ensuring they have a safe environment to do just that,” she said.

Plus, LinkedIn says that audio networking makes for a natural extension of other areas, like Groups and Events — areas for networking that have continued to grow, and particularly during the pandemic.

In 2020, some 21 million people attended an event on LinkedIn, and overall LinkedIn sessions increased by 30% year-over-year. The company’s 740 million global members also last year built community, had conversations, and shared knowledge, with 4.8 billion connections made.

Like many companies which saw a pandemic boost, LinkedIn believes the pandemic only accelerated the natural progression towards online networking, remote work, and virtual events, which were already in place before lockdowns. For example, LinkedIn says that more than 60% of its members were working remotely by the end of 2020, versus 8% before the pandemic. LinkedIn believes the shift will stick, as more than half the world’s workforce is expected to continue working from home at least some of the time, even after the pandemic comes to an end.

That leaves room for new forms of online networking to grow, as well, including audio experiences.

LinkedIn doesn’t yet have an exact timeframe for its launch of the audio networking feature, but says it will begin beta testing soon.