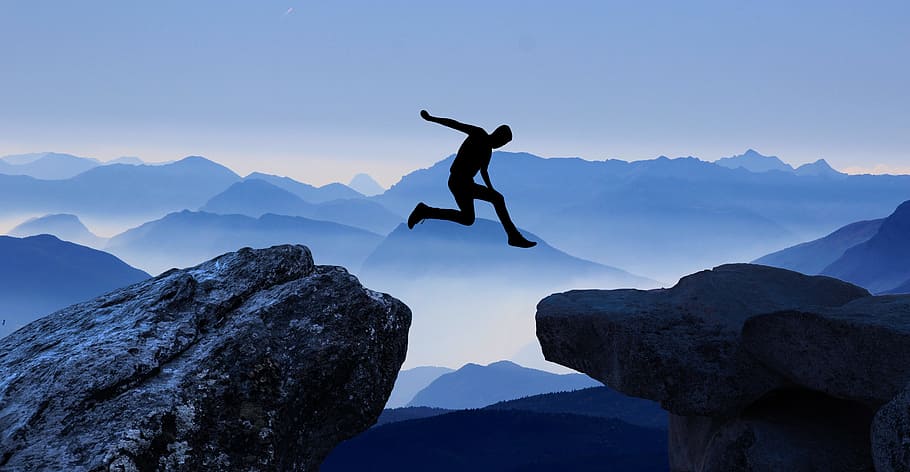 Two years ago I attended an “Innovation in Immersive Storytelling” event at Industrial Light & Magic, featuring the Chief Game Wizard of Magic Leap. I should have known then, from all the strained corporate sorcery in that sentence, that their demise was inevitable. But in fact I went into that talk a Magic Leap skeptic, and came out … less so.

The Chief Game Wizard of Magic Leap has the relieved look of a man whose company has, 5 years and $1.6 billion later, finally released something, anything, for the love of God Montresor. He is actually assuaging some of my considerable skepticism re ML, too.

Magic Leap drew in a lot of true believers over the years; $2.6 billion worth. Investors included Andreessen Horowitz, Kleiner Perkins, Google (not Google Ventures — Google itself) and many many more. Sundar Pichai joined Magic Leap’s board. And did they rave. I mean, it’s a VC’s job to rave about their portfolio companies, but this was different:

Now there is something new. Not just an order-of-magnitude more pixels or a faster frame rate, but – thanks to sensors and optics and mobile phone volumes and breakthroughs in computer vision – something I always dreamed of … The product is amazing … this is different

It was incredibly natural and almost jarring — you’re in the room, and there’s a dragon flying around, it’s jaw-dropping and I couldn’t get the smile off of my face

5/ and having the Magic Leap demo is as impressive as the original multitouch demo. Maybe more so.

Legendary and a16z had previously invested in Oculus Rift. Tull even told TechCrunch “Magic Leap takes a completely different approach.” This is especially interesting because when Magic Leap finally — finally, after 5 years and $1.6 billion — released a product, Oculus’s Palmer Luckey wrote a truly scathing teardown of the Magic Leap One. Again, yes he would do so … but the details are quite striking …

They call it the “Lightwear”. This is the part that has gotten the most hype over the years, with endless talk of “Photonic Lightfield Chips”, “Fiber Scanning Laser Displays”, “projecting a digital light field into the user’s eye”, and the holy-grail promise of solving vergence-accommodation conflict, an issue that has plagued HMDs for decades … TL;DR: The supposed “Photonic Lightfield Chips” are just waveguides paired with reflective sequential-color LCOS displays and LED illumination, the same technology everyone else has been using for years, including Microsoft in their last-gen HoloLens. The ML1 is a not a “lightfield projector” or display by any broadly accepted definition

What happened to that “completely different approach?”

It’s worth noting there was some spin-that-more-than-verged-on-deception going on. Magic Leap sent an email to press with a video and the claim “This is a game we’re playing around the office right now”; subsequently, The Information revealed that entire video was F/X, created by Weta Digital.

ML then released another video “shot directly through Magic Leap technology on 10/14/15, without the use of special effects or compositing.” Was that true? Definitely a question worth asking, in light of what had happened with the previous video. But all things considered, the answer seems to be: “probably.” See also Kevin Kelly’s sparsely detailed megafeature on ML for Wired in 2016:

All three major MR headsets rely on images that are projected edgeways onto a semitransparent material—usually glass with a coating of nanoscale ridges. The user sees the outside world through the glass, while the virtual elements are projected from a light source at the edge of the glass and then reflected into the user’s eyes by the beam-splitting nano-ridges. Magic Leap claims that its device is unique in the way it beams light into the eye, though the company declines to explain it further at this time.

How to square this with Luckey’s — so far as I know, undisputed — report that Magic Leap’s mega-hyped “Lightwear” technology is nothing even remotely special? To say nothing of their compete failure to release a product which sparked anything remotely like the same joy or enthusiasm that its internal demos sparked in investors and journalists?

The answer is straightforward: “The Beast.”

As The Information’s Reed Albergotti revealed more than three years ago, “The Beast” was Magic Leap’s original demo box. It was everything people said. It was stunning, dreamlike, breakthrough technology. And it weighed “several hundred pounds.”

“The Beast” was followed by “The Cheesehead,” which fit on a human head, and “showed they could miniaturize the light field signal generator they’d invented” … but still weighed “tens of pounds,” obviously far too heavy for any real-world applications. (There are pictures of both in the linked CNET piece.)

“The Beast” and “The Cheesehead” help explain the multiple rounds of massive venture investment. But then — could Magic Leap miniaturize their breakthrough technology further, to anything actually releasable?

Clearly they could not, and that’s the crux of the matter, the answer to how and why Magic Leap raised $2.6 billion dollars, then laid off half its employees, while hardly releasing anything at all in seven years. To quote Vanity Fair quoting The Information quoting CEO Rony Abovitz:

The technology behind The Beast is “not really what we’re ultimately going to be shipping,” Abovitz told The Information, adding that prototypes were merely good for showing investors and others “what was good about it, what was not.”

Intended or not–I assume it wasn’t–Magic Leap became a $2.6 billion bait-and-switch, the consequences of which are now all too apparent.

“Why are people still giving Magic Leap money?” our own Lucas Matney asked a year ago. Their device sales were terrible. Last month they sought an acquisition for a $10B price tag Josh Constine rightly called “crazy.” Then they laid off half the company and pivoted to enterprise. Now the question we’re asking is “What happens if Magic Leap shuts down?”

Will “The Beast”‘s technology eventually make its way into living rooms and dorm rooms and offices? Maybe. Was that a notion worth betting $2.6 billion on over six years starting in 2014? Another maybe. But it was a bet that did not pay off. Ultimately, Magic Leap’s story isn’t one that should feed outrage, or anger, as much as sheer sadness that hardware is so hard, and that human senses — especially sight — make for such a challenging development platform.