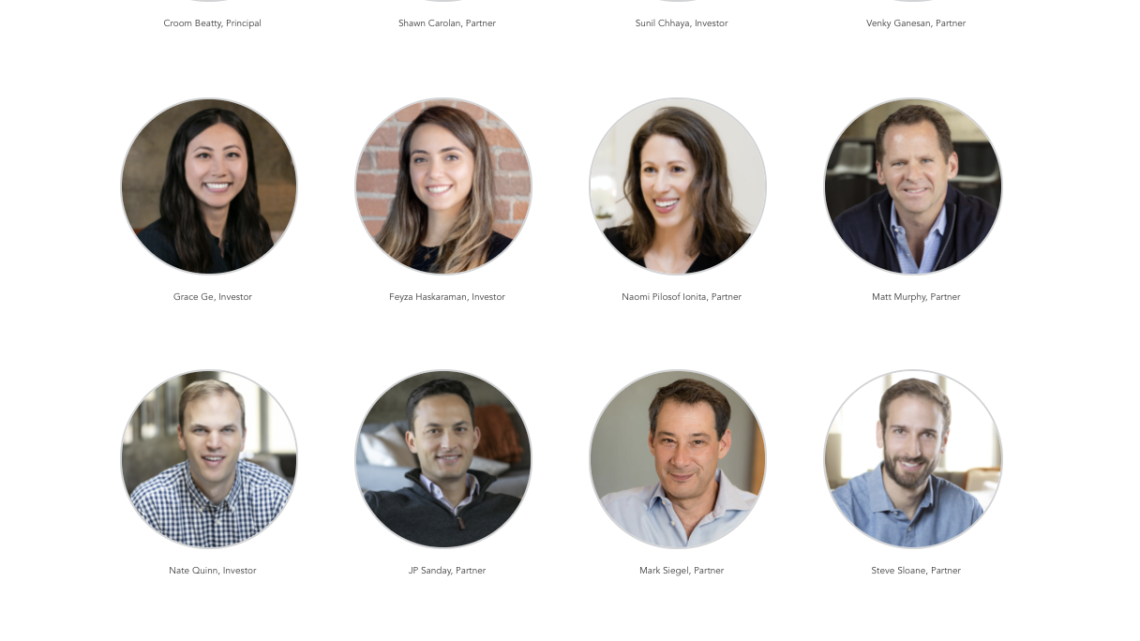 Menlo Ventures, the 44-year-old venture firm with offices in Menlo Park and San Francisco, is taking the wraps of its fifteenth early-stage fund today, a vehicle it closed with $500 million in capital commitments.

It’s the same amount that Menlo announced last year for a growth-stage fund, the second in the firm’s history.

We talked with managing director Venky Ganesan earlier this week about the new fund. It will not, notably, include longtime Menlo managing director Mark Siegel, who joined the firm 24 years ago after a business development stint at Netscape, and who — like peers Bill Gurley of Benchmark and Todd Chaffee of IVP — is now making room for some of the firm’s more recent additions.

Ganesan also said that Menlo, which invests in consumer, enterprise, frontier tech, and healthcare startups, might index a bit more on health-related bets, which is unsurprising but also interesting in an historical context.

Gilead Sciences was actually incubated at Menlo back in 1987, but the firm dropped its life sciences practice for roughly 20 years before resuscitating it in 2017, hiring Greg Yap as a partner to lead related investments. At the time, Yap’s mandate was to invest roughly 15% of the firm’s last, $450 million, early-stage fund into tech-driven life sciences, but Ganesan can imagine that even more of its new fund will be poured into tech-driven health and medical startups.

As for check sizes, Ganesan said that Menlo will continue to do the occasional seed round but that it’s far more focused on Series A and B deals, writing initial checks of between $8 million to $15 million at the Series A for a targeted 20% of each startup, and checks beginning at $12 million to $14 million at the Series B stage. (Its later-stage fund makes the bigger bets beyond that.)

Menlo has long counted Washington State as its anchor tenant, and this fund is no different, having secured a $125 million commitment from its investment board.

A newer investor, says Ganesan, is the State of New Mexico Investment Council, which is one of three new investors in the fund — all of which were introduced to Menlo through other investors, and all of which agreed to back the firm via Zoom.

Given the firm’s recent exits, institutional interest in the new fund isn’t surprising. Menlo led Uber’s Series B round back in 2011, and according to the firm, even before Uber’s IPO last year, Menlo had already earned $973 million — or a 93x return — on its $10.5 million investment by selling nearly half of its Uber stock to a syndicate led by SoftBank.

Another big win for the firm has been Roku, which makes a variety of digital media players for video streaming and went public in 2017. At the time, its shares traded at around $15 each; today its shares trade at $233 apiece.

Meanwhile, Menlo has active portfolio companies that also appear poised to produce returns for its investors. The consignment company Poshmark said late last month that it has confidentially submitted to securities regulators a draft registration statement for its IPO, for example. And Chime, a start-up that delivers banking services through mobile phone, closed a round of funding last month that valued the company at $14.5 billion.