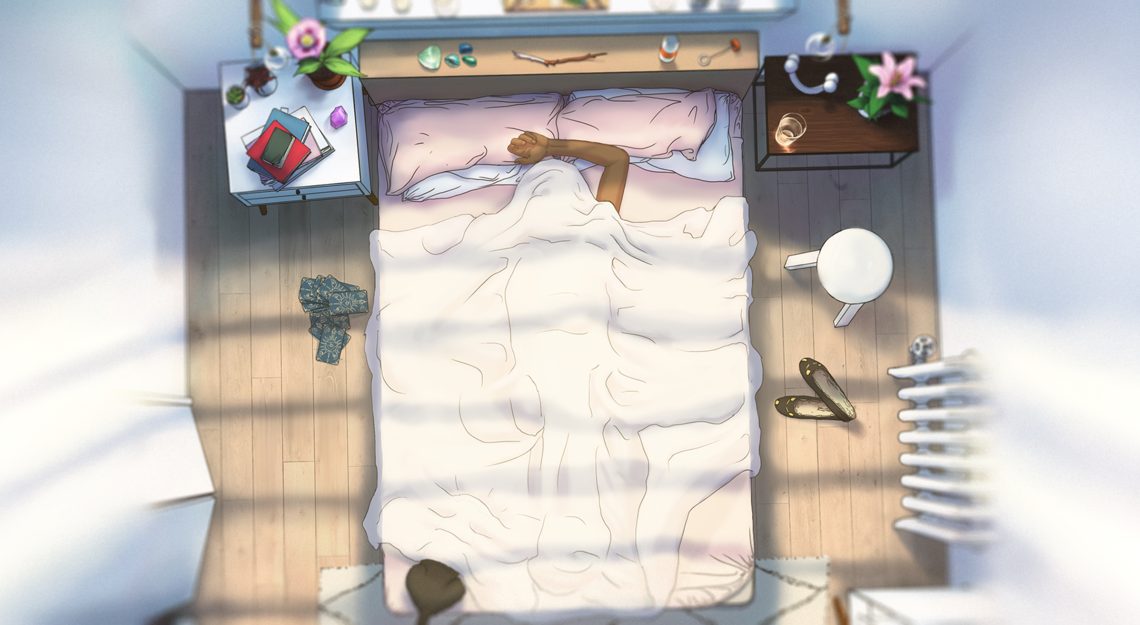 Developer and programmer Brie Code has worked at the peak of the video game industry – she was responsible for many of the AI systems that powered non-player character (NPC) behavior in the extremely popular Assassin’s Creed series created by Ubisoft. It’s obvious that gaming isn’t for everyone, but Code became more and more interested in why that maxim seemed to play out along predictable gender lines, leading her ultimately to develop and launch #SelfCare through her own independent development studio TRU LUV.

#SelfCare went on to win accolades including a spot of Apple’s App Store Best of 2018 list, and Code and TRU LUV was also the first Canadian startup to attend Apple’s Entrepreneur Camp program. Now, with over 2 million downloads of #SelfCare (without any advertising at all), Code and TRU LUV have brought on a number of investors for their first outside funding including Real Ventures, Evolve Ventures, Bridge Builders Collaborative and Artesian Venture Partners.

I spoke to Code about how she came up with and created #SelfCare, what’s next for TRU LUV, and how the current COVID-19 crisis actually emphasizes the need for an alternative to gaming that serves many similar functions, but for a previously underserved groups of people for whom the challenges and rewards structures of traditional gaming just don’t prove very satisfying.

“I became very, very interested in why video games don’t interest about half of people, including all of my friends,” Code told me. “And at that point, tablets were becoming popular, and everyone had a phone. So if there was something universal about this medium, it should be being more widely adopted, yet I was seeing really clear patterns that it wasn’t. The last time I checked, which was maybe a couple years ago, there were 5 billion mobile users and around 2.2 billion mobile gamers.”

Her curiosity piqued by the discrepancy, especially as an industry insider herself, Code began to do her own research to figure out potential causes of the divide – the reason why games only seemed to consistently appeal to about half of the general computer user population, at best.

“I started doing a lot of focus groups and research and I saw really clear patterns, and I knew that if there is a clear pattern, there must be an explanation,” Code said. “What I discovered after I read Sheri Grainer Ray’s book Gender Inclusive Game Design, which she wrote in 2004, in a chapter on stimulation was how, and these are admittedly gross generalizations, but men tend to be stimulated by the sense of danger and things flashing on screen. And women, in her research, tended to be stimulated by something mentioned called a mutually-beneficial outcome to a socially significant situation. That’s when you help an NPC and they help you, for instance. In some way, that’s more significant, in the rules of the world than just the score going up.”

Code then dug in further, using consumer research and further study, and found a potential cause behind this divide that then provided a way forward for developing a new alternative to a traditional gaming paradigm that might prove more appealing to the large group of people who weren’t served by what the industry has traditionally produced.

“I started to read about the psychology of stimulation, and from there I was reading about the psychology of defense, and I found a very simple and clear explanation for this divide, which is that there are two human stress responses,” she said. “One of them, which is much more commonly known, is called the ‘fight-or-flight’ response. When we experience the fight-or-flight response, in the face of challenge or pressure or danger, you have adrenaline released in your body, and that makes you instinctively want to win. So what a game designer does is create these situations of challeng,e and then give you opportunities to win and that leverages the fight-or-flight response to stress: That’s the gamification curve. But there is another human stress response discovered at the UCLA Social Cognitive Neuroscience lab in 2000, By Dr. Shelly Taylor and her colleagues. It’s very prevalent, probably about half of stress responses that humans experience, and it’s called tend-and-befriend.”

Instead of generating an adrenaline surge, it releases oxytocin in the brain, and instead of seeking a victory over a rival, people who experience this want to take care of those who are more vulnerable, connect with friends and allies, and find mutually beneficial solutions to problems jointly faced. Seeking to generate that kind fo response led to what Code and TRU LUV call AI companions, a gaming alternative that is non-zero sum and based on the tend-and-befriend principal. Code’s background as an AI programmer working on some of the most sophisticated virtual character interactions available in modern games obviously came in handy here.

Code thought she might be on to something, but didn’t anticipate the level of #SelfCare’s success, which included 500,00 downloads in just six weeks, and more than 2 million today. And most of the feedback she received from users backed up her hypotheses about what the experience provided, and what users were looking for an an alternative to a mobile gaming experience.

Fast forward to now, and TRU LUV is growing its team, and focused on iterating and developing new products to capitalize on the clear vein of interest they’ve tapped among that underserved half of mobile users. Code and her team have brought on investors whose views and portfolios align with their product vision and company ethos, including Evolve Ventures which has backed a number of socially progressive ventures, and whose managing director Julius Mokrauer actually teaches a course on the subject at Columbia Business School.

#SelfCare was already showing a promising new path forward for mobile experience development before COVID-19 struck, but the product and TRU LUV are focused on “resilience and psychological development,” so it proved well-suited to a market in which mobile users were looking for ways to make sustained isolation more pleasant. Obviously we’re just at the beginning of feeling whatever impacts come out of the COVID-19 crisis, but it seems reasonable to expect that different kinds of mobile apps that trigger responses more aligned with personal well-being will be sought after.

Code says that COVID-19 hasn’t really changed TRU LUV’s vision or approach, but that it has led to the team moving more quickly on in-progress feature production, and on some parts of their roadmap, including building social features that allow players to connect with one another as well as with virtual companions.

“We want to move our production forward a bit faster than planned in order to respond to the need,” Code said.”Also we’re looking at being able to create social experiences a little bit earlier than planned, and also to attend to the need of people to be able to connect, above and beyond people who connect through video games.”