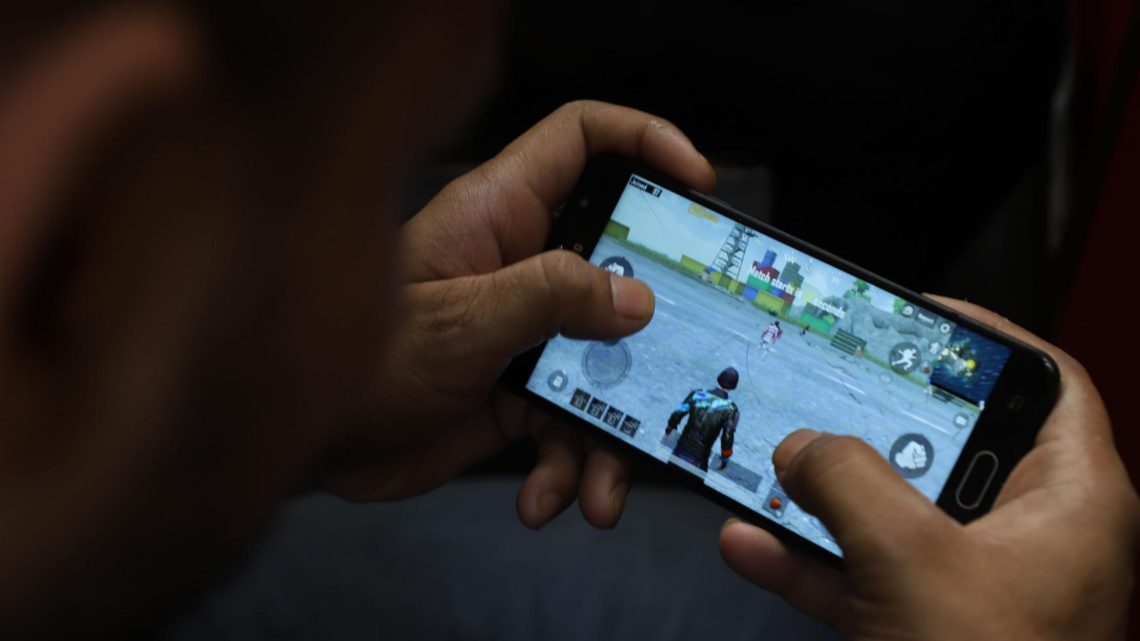 The Covid-19 pandemic drove increased demand for mobile gaming, as consumers under lockdowns looked to online sources of entertainment, including games. But even as Covid-19 restrictions are easing up, the demand for mobile gaming isn’t slowing. According to a new report from mobile data and analytics provider App Annie in collaboration with IDC, users worldwide downloaded 30% more games in the first quarter of 2021 than in the fourth quarter of 2019, and spent a record-breaking $1.7 billion per week in mobile games in Q1 2021.

That figure is up 40% from pre-pandemic levels, the report noted. 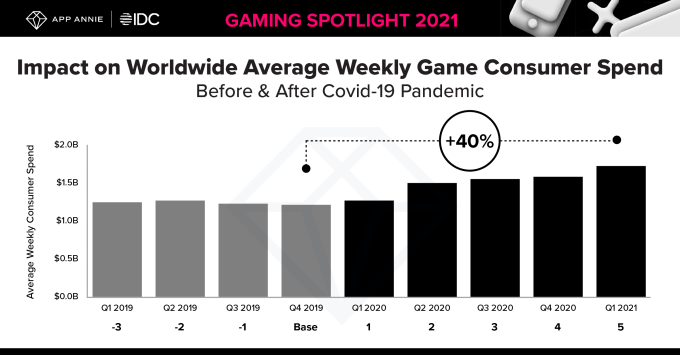 The U.S. and Germany led other markets in terms of growth in mobile game spending year-over-year as of Q1 2021 in the North American and Western European markets, respectively. Saudi Arabia and Turkey led the growth in the rest of the world, outside the Asia-Pacific region. The latter made up around half of the mobile game spend in the quarter, App Annie said. 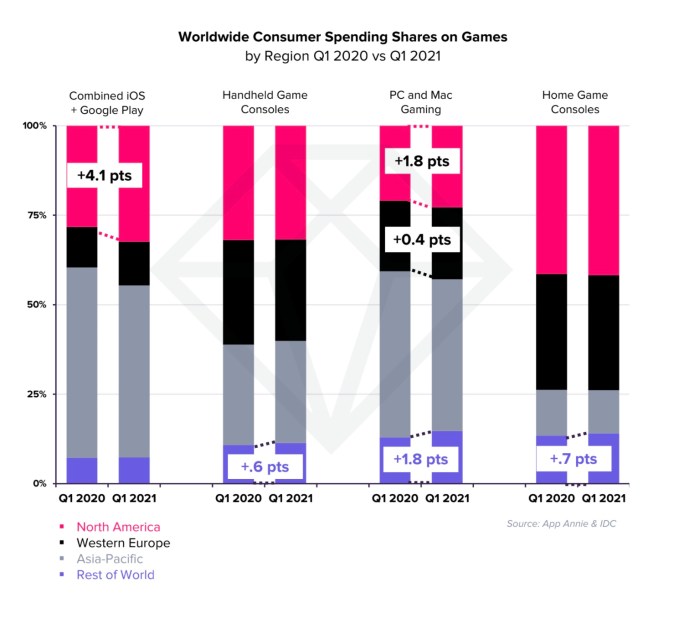 The growth in mobile gaming, in part accelerated by the pandemic, also sees mobile further outpacing other forms of digital games consumption. This year, mobile gaming will increased its global lead over PC and Mac gaming to 2.9x and will extend its lead over home games consoles to 3.1x. 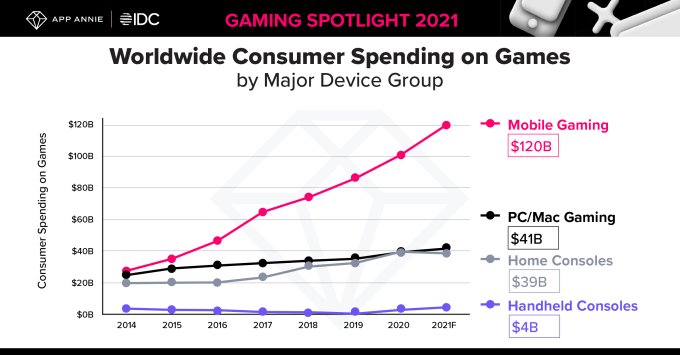 However, this change comes at a time when the mobile and console market is continuing to merge, App Annie notes, as more mobile devices are capable of offering console-like graphics and gameplay experiences, including those with cross-platform capabilities and social gaming features.

Games with real-time online features tend to dominate the Top Grossing charts on the app stores, including things like player-vs-player and cross-play features. For example, the top grossing mobile game worldwide on iOS and Google Play in Q1 2021 was Roblox. This was followed by Genshin Impact, which just won an Apple Design Award during the Worldwide Developer Conference for its visual experience. 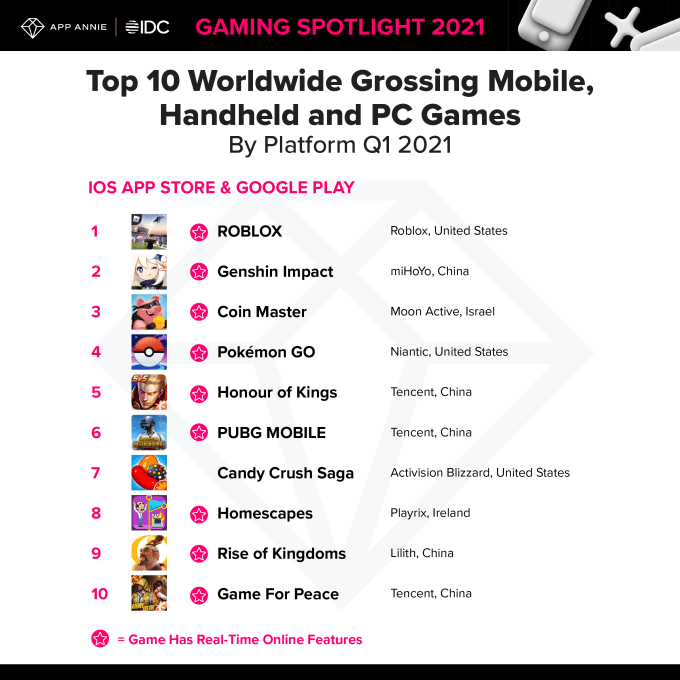 The report also analyzed the ad market around gaming and the growth of mobile companion apps for game consoles, including My Nintendo, Xbox Game Pass, PlayStation App, Steam, Nintendo Switch, and Xbox apps. Downloads for these apps peaked under lockdowns in April 2020 in the U.S., but continue to see stronger downloads than pre-pandemic. 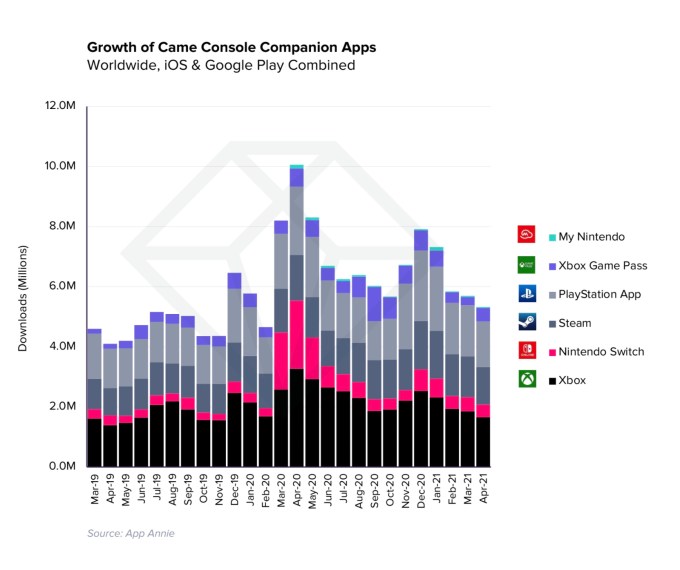 On the advertising front, App Annie says user sentiment towards in-game mobile ads improved in Q3 2020 compared with Q3 2019, but rewarded video ads and playable ads were preferred in the U.S.

The Station: Robotaxi apps on the rise, an AI pioneer’s new startup and mobility event highlights