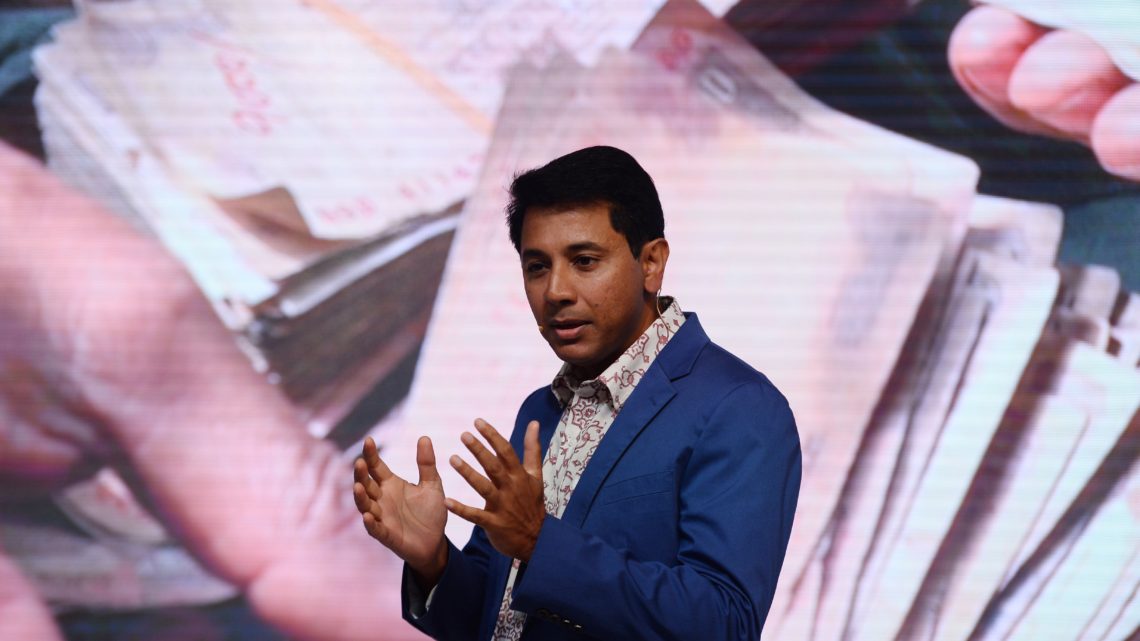 A regular fixture at Google’s events in India, Brazil, and Indonesia, Sengupta (pictured above) is best known outside the company for leading the company’s Next Billion Users unit, an initiative to make internet and services more accessible to users in developing markets.

As part of Next Billion Users initiative, Google brought internet connectivity to hundreds of railway stations and other public places in India and other markets (then shut down Station), launched Google Pay in India (which unlike Google Pay in the U.S., wasn’t developed atop credit cards) and built several products such as Android Go, Datally, Kormo Jobs and the Files apps.

Prior to Next Billion Users unit, Sengupta served as VP and Product Lead at ChromeOS, the company’s desktop operating system that powers Chromebooks.

“After 15 years with Google, Caesar Sengupta has made a personal decision to leave the company and start something entrepreneurial outside of Google. Through his time at Google, Caesar has played a key role in starting, building and leading initiatives such as ChromeOS, Next Billion Users and Google Pay. We are excited to see what he builds next and wish him the best in his new journey,” said a Google spokesperson in a statement. Sengupta’s current position at the firm is VP and GM of Next Billion Users and Payments.

Congratulations @caesars for an amazing long innings @Google. Thank you for the tremendous contributions over 15 years. Now that you helped the #NextBillion get online, we await your next innings There are still 3 Billion humans not connected to the internet! All the best Caesar! https://t.co/vrrYtJquHO

“To the many, many Googlers working in Africa, APAC, LATAM and MENA, it has been inspiring to hear your voices take more weight in the products Google builds. I know there is so much more work to do,” Sengupta wrote in an email to his colleagues, which he also shared publicly.

“But we are light years ahead of where we were just a short time ago. You’ve helped digitize your economies, made Google feel local and driven Google’s investment into your countries to unprecedented levels,” wrote the Asia-based executive. Sengupta didn’t share what he plans to do next.

Under Sengupta’s watch, Google also made several investments in startups in Asia. Some of these investments include Bangalore-based delivery startup Dunzo, Android lockscreen developer Glance, and popular news and entertainment app Dailyhunt.

3 Ways to Increase Impressions, Engagement, and Post Clicks on Your LinkedIn Company Page