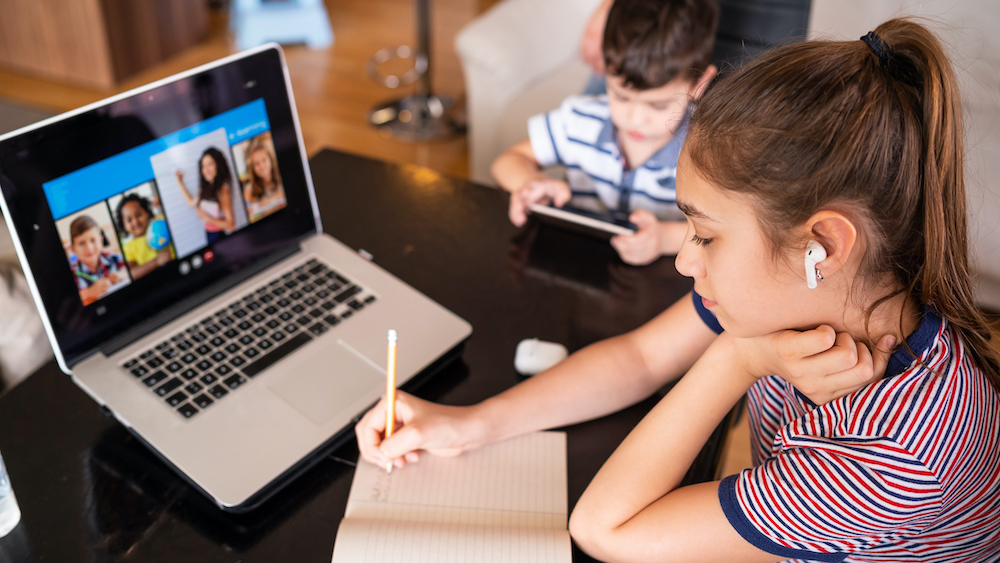 Outschool, which started in 2015 as a platform for homeschooled students to bolster their extracurricular activities, has dramatically widened its customer base since the coronavirus pandemic began.The platform saw its total addressable market increase dramatically as students left campus to abide by COVID regulations instituted by the CDC.

“When the CDC warned that school closures may be required, they talked about ‘internet-based tele-schooling,’” co-founder Amir Nathoo said. “We realized they meant classes over video chat, which is exactly what we offer.”

From August 2019 to August 2020, the online educational class service saw a more than 2,000% increase in bookings. But the surge isn’t just a crop of free users piling atop the platform. Outschool’s sales this year are around $54 million, compared to $6.5 million the year prior. It turned its first profit as a result of the COVID-19 crisis, and is making more than $100 million in annual run rate.

While the profitability and growth could be a signal of the COVID-19 era, today Outschool got a vote of confidence that it isn’t just a pandemic-era boom. Today, Jennifer Carolan of Reach Capital announced at TechCrunch Disrupt that Outschool has raised a $45 million Series B round, bringing its total known capital to $55 million (see the full panel on Extra Crunch below).

The round was led by Lightspeed Venture Partners, with participation from Reach Capital, Union Square Ventures, SV Angel, FundersClub, Y Combinator and others.

The cash gives Outschool the chance to grow its 60-person staff, which started at 25 people this year.

Founder Amir Nathoo was programming computer games from the age of five. So when it came to starting his own company, creating a platform that helped other kids do the same felt right.

In 2015, Nathoo grabbed Mikhail Seregine, who helped build Amazon Mechanical Turk and Google Consumer Surveys, and Nick Grandy, a product manager at Clever, another edtech company and YC alum. The trio drummed up a way to help students access experiences they don’t get in school.

To gauge interest, the company tried in-person classes in the SF Bay area, online content and tested across hundreds of families. Finally, they started working with homeschoolers as an early adopter audience, all to see if people would pay for non-traditional educational experiences.

“Homeschooling was interesting to us because we believed that if some new approach is going to change our education system radically for the better, it was likely that it would start outside the existing system,” Nathoo said.

He added that he observed that the homeschooling community had more flexibility around self-directed extracurricular activities. Plus, those families had a bigger stake in finding live, small-group instruction, to embed in days. The idea landed them a spot in Y Combinator in 2016, and, upon graduation, a $1.4 million seed round led by Collab+Sesame.

“We’d all been on group video calls with work, but we hadn’t seen this format of learning in K12 before,” he said. Outschool began rolling out live, interactive classes in small groups. It took off quickly. Sales grew from $500,000 in 2017 to over $6 million in 2019.

The strategy gave Outschool an opportunity to raise a Series A from Reach Capital, an edtech-focused venture capital fund, in May 2019. They began thinking outwards, past homeschooling families: what if a family with a kid in school wants extra activities, snuck in afterschool, on weekends or on holidays?

Today feels remarkably different for the startup, and edtech more broadly. Nathoo says that 87% of parents who purchase classes on Outschool have kids in school. The growth of Outschool’s total addressable market comes with a new set of challenges and goals.

When the pandemic started, Outschool had 1,000 teachers on its platform. Now, its marketplace hosts 10,000 teachers, all of whom have to get screened.

“That has been a big challenge,” he said. “We aren’t an open marketplace, so we had to rapidly scale our supply and quality team within our organization.” While that back-end work is time-consuming and challenging, the NPS score from students has remained high, Nathoo noted.

Outschool has a number of competitors in the live learning space. Juni Learning, for example, sells live small-group classes on coding and science. The company raised $7.5 million, led by Forerunner Ventures, and has around $10 million in ARR. Note earlier that Outschool is at $100 million in ARR.

“We provide a much broader range of learning options than Juni, which is focused just on coding classes,” Nathoo said. Outschool currently lists more than 50,000 classes on its website.

Varsity Tutors is another Outschool competitor, which is more similar to Outschool. Varsity Tutors sells online tutoring and large-group classes in core subjects such as Math and English. Nathoo says that Outschool’s differentiation remains in its focus of small-group teaching and a variety of topics.

As for what’s ahead for Outschool, Nathoo flirts with the idea of contradiction: what if the platform goes in schools?

“When I think about our strategy going forward, I think of new types of classes, international embedding and embedding ourselves back into school,” he said.

Outschool might use its growing consumer business as an engine to get into school districts, which are notoriously difficult to land deals with due to small budgets. But, to Nathoo, it’s important to get into schools to increase access to learning.

“Our vision is to build a global education community that supplements local school,” he said.