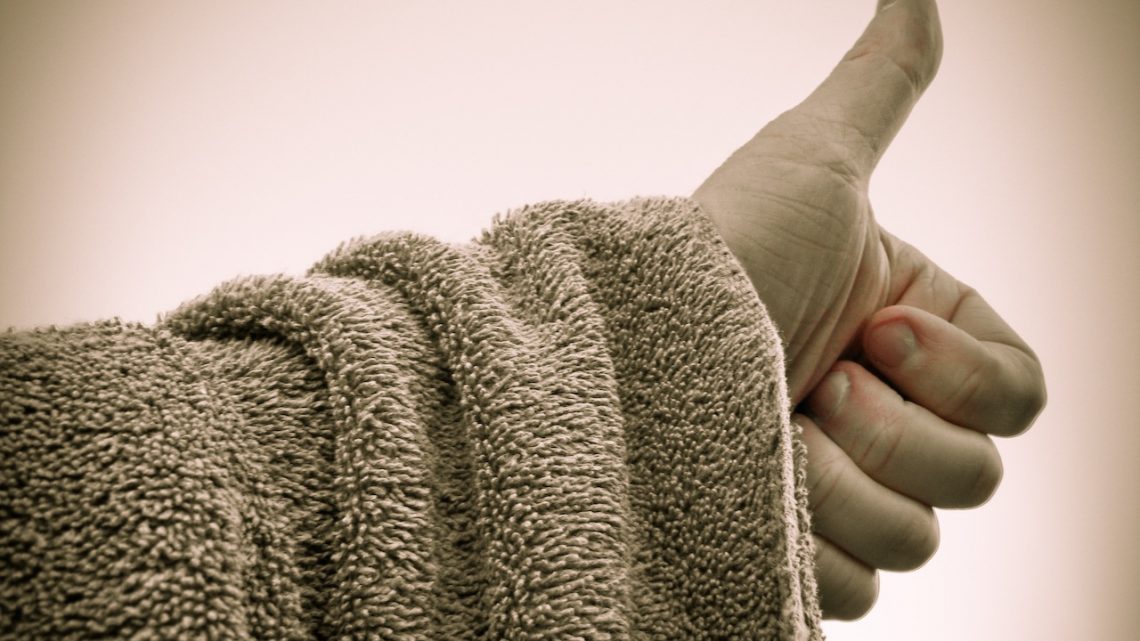 In these days where endorsements from influential personalities online can make or break a product, a startup that’s built a business to help companies harness all the long-tail firepower they can muster to get their name out there in a good way has raised some funding to expand deeper into feedback and other experience territory. Reputation.com, which works with big enterprises in areas like automotive and healthcare to help improve their visibility online and provide more accurate reports to the businesses about how their brands are perceived by customers and others, has raised $30 million in equity financing, money that CEO Joe Fuca said the company will use to continue to expand its tech platform to source more feedback and to future-proof it for further global expansion.

The funding — led by Ascension Ventures, with participation also from new backers Akkadian Ventures, Industry Ventures and River City Ventures and returning investors Kleiner Perkins, August Capital, Bessemer Venture Partners, Heritage Group and Icon Ventures — is the second round Reputation.com has raised since its pivot away from services aimed at individuals. Fuca said the company’s valuation is tripling with this round, and while he wouldn’t go into the details from what I understand from sources (which is supported by data in PitchBook), it had been around $120-130 million in its last round, making it now valued at between $360-390 million now.

Part of the reason that the company’s valuation has tripled is because of its growth. The company doesn’t disclose many customer names (for possibly obvious reasons) but said that three of the top five automotive OEMs and as well as over 10,000 auto dealerships in the U.S. use it, with those numbers now also growing in Europe. Among healthcare providers, it now has 250 customers — including three of the top five — and in the world of property management, more than 100 companies are using Reputation.com. Other verticals that use the company include financial services, hospitality and retail services.

The company competes with other firms that provide services like SEO and other online profile profile management and sees the big challenge as trying to convince businesses that there is more to having a strong profile than just an NPS score (providers of which are also competitors). So, in addition to the metrics that are usually used to compile this figure (based on customer feedback surveys typically), Reputation.com uses unstructured data as well (for example sentiment analysis from social media) and applies algorithms to this to calculate a Reputation Score.

Reputation.com has been around actually since 2006, with its original concept being managing individuals’ online reputations — not exactly in the Klout or PR-management sense, but with a (now very prescient-sounding) intention of providing a way for people to better control their personal information online. Its original name was ReputationDefender and founded by Michael Fertik, it was a pioneer in what came to be called personal information management.

The company proposed an idea of a “vault” for your information, which could still be used and appropriated by so-called data brokers (which help feed the wider ad-tech and marketing tech machines that underpin a large part of the internet economy), but would be done with user consent and compensation.

The idea was hard to scale, however. “I think it was an addressable market issue,” said Fuca, who took over as CEO last year the company was reorienting itself to enterprise services (it sold off the consumer/individual business at the same time to a PE firm), with Fertik taking the role of executive chairman, among other projects. “Individuals seeking reputation defending is only certain market size.”

Not so in the world of enterprise, the area the startup (and I think you can call Reputation.com a startup, given its pivot and restructure and venture backing) has been focusing on exclusively for the better part of a year.

The company today integrates closely with Google — which is not only a major platform for disseminating information in the form of SEO management, but a data source as a repository of user reviews — but despite the fact that Google holds so many cards in the stack, Fuca (who had previously been an exec at DocuSign before coming to Reputation.com) said he doesn’t see it as a potential threat or competitor.

A recent survey from the company about reputation management for the automotive sector underscores just how big of a role Google does play: 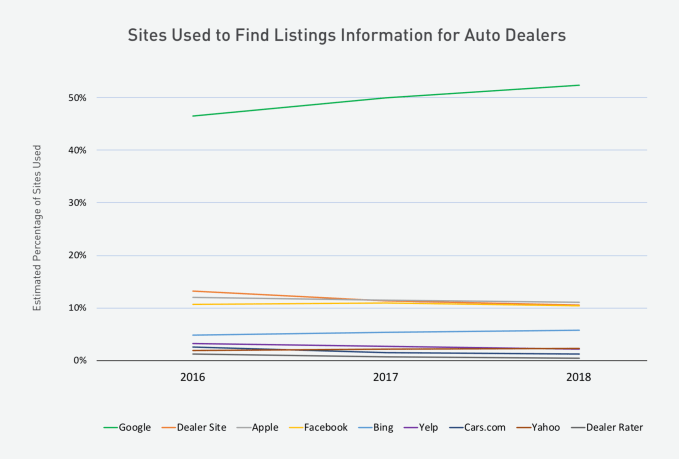 “We don’t worry about google as competitor,” Fuca said. “It is super attracted to working with partners like us because we drive domain activity, and they love it when people like us explain to customers how to optimise on Google. For Google, it’s almsot like we are an optimization partner and so it helps their entire ecosystem, and so I don’t see them being a competitor or wanting to be.”

Nevertheless, the fact that the bulk of Reputation.com’s data sources are essentially secondary — that is publically available information that is already online and collected by others — will be driving some of the company’s next stage of development. The plan is to start to add in more of its own primary-source data gathering in the form of customer surveys and feedback forms. That will open the door too to more questions of how the company will handle privacy and personal data longer term.

“Ascension Ventures is excited to deepen its partnership with Reputation.com as it enters its next critical stage of growth,” said John Kuelper, Managing Director at Ascension Ventures, in a statement. “We’ve watched Reputation.com’s industry leading reputation management offering grow into an even more expansive CX platform. We’re seeing some of the world’s largest brands and service providers achieve terrific results by partnering with Reputation.com to analyze and take action on customer feedback — wherever it originates — at scale and in real-time. We’re excited to make this additional investment in Reputation.com as it continues to grow and expand its market leadership.”

MarTech is marketing: Evaluate 100+ solutions in one place