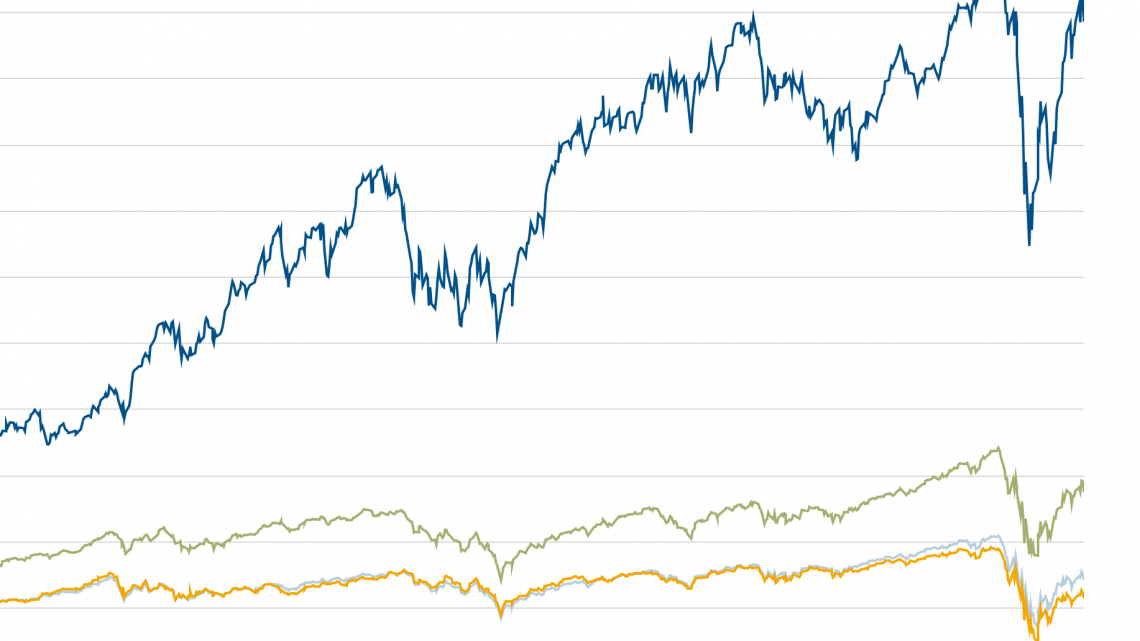 [Editor’s note: Get this weekly recap of TechCrunch news that any startup can use every Saturday morning by email (7am PT). Just subscribe here.]

How well is SaaS overcoming business impacts of the pandemic? First, there’s no negative impact on the revenues of big cloud infrastructure providers visible so far, according to a new research report out that we covered on TechCrunch this week. While some spending may have pulled back, growth from more remote work and other activities have maintained the overall momentum.

However, startups across the category could be “looking at around a 30% miss to plan in Q2,” Alex Wilhelm concludes based on a long interview with Mary D’Onofrio, a growth investor focused on the category at Bessemer Venture Partners. “This has tempered investor growth expectations. But even more than raw growth figures, SaaS investors are looking for efficient growth. In Bessemer’s eyes, a 1:1 ratio of ARR add to burn is the target. It won’t be easy. Startups selling to SMBs are going to hurt worse by rising churn than enterprise-focused startups, while startups selling to larger customers may struggle with new customer adds given travel restrictions. So, enterprise-focused startups will likely lean more on upsells than new logo adds. Those will also prove difficult, even if they won’t slow completely.”

She and Bessemer had already developed a series of metrics to analyze the health of cloud companies, including a ‘Cash Conversion Score‘ and a Nasdaq emerging cloud index. Check out the rest of the article on Extra Crunch for how D’Onofrio sees those numbers being affected now.

A fond farewell to Josh Constine

This newsletter focuses on key meta topics for startups, and sometimes that means getting even more meta and talking about changes at TechCrunch. Josh Constine will be leaving us for the VC world, where he’ll be investing and heading up content with SignalFire.

If you have ever thought that Josh would be the one to really get your hot new consumer product idea first, you now have a new reason to talk to him. Read his thoughts on the new job in this personal post (and ongoing newsletter).

If you’re not familiar with the name, you’ve still read Josh quite a bit this decade if you’ve been reading TechCrunch — or tech news in general. He started here with me in late 2011 writing about Facebook and social trends, and has become one of the most influential writers on social and startup topics today. In addition to his traffic stats, top journalist rankings*, etc that one can measure most easily, we have watched his analysis regularly result in major changes to the main products of leading consumer internet companies in the world today.

His repertoire expanded over the years to include huge scoops (like Bing’s child-porn problem or Facebook’s secret VPN), memes (Zoombombing) and many appearances across global stages.

He has accomplished almost all of what great tech writers can accomplish and I cannot say I’m surprised that he wanted to try his hand at investing, having known him since before we first worked together last decade. I believe he’ll succeed as an investor, and be a force for good in that role like he has been here.

There is one thing I think he should still do as a professional writer, though — write a book. About his own life in the startup world this past decade. Trust me, you’d want to read it.

…Besides just reading this site, of course. Josh was the #1 ranked author on Techmeme, the news aggregator of record for the tech industry, by a number of measures. Want to find the right reporter to talk to, besides him? Go to Techmeme.com/lb to find expert TechCrunch authors and some of our most worthy competitors across 43 industry categories, including AI, e-commerce, enterprise software and many more. [Note: This is an unpaid plug for a great independent tech media product, we don’t normally run third-party shoutouts in here.]

We have a few writers tracking the latest ins and outs of fundraising during pandemic, here are notable updates from this week:

“Some of our peers in the Valley have up to 40% of their companies that need an infusion or some sort of bridge to get through,” Mike Janke, co-founder of early-stage cybersecurity investment firm Datatribe, told Jon Shieber. “These companies that had higher valuations that came out of the Valley have had to do more drastic cuts.” Startups that raised cash in markets outside the Bay Area have not had as much difficulty, he says, because they’re more efficient. “When you see regions like Boston, the DC corridor, Austin and Boulder, those companies don’t raise as big a round and they’re a little more financially conservative.”

One wonders if these hubs will see comparative growth sooner and stronger than the Valley itself? Meanwhile, the screws continue to twist in today’s term sheets.

“Let’s say you were a founder and you were doing great and you were on track and you were going to start raising your Series A or Series B, you know, in May,” Freada Kapor Klein of Kapor Capital explained to Megan Rose Dickey during an EC Live interview on Tuesday. “Well, you’re screwed. And so we see VCs sitting on the sidelines, waiting for the startups to almost go under and then put the most draconian term sheet in from of them where they wipe everybody off the cap table, where if you don’t put in your pro rata — we’ve got one of these going on right now — if you don’t put in your pro rata, we’re going to lose at least 90% of our investment.”

As Alex Wilhelm noted in a separate article, even if startups can keep revenue up and burn-rate down (see first item above), investors are slowing their pace of putting money in. Companies that should have been able to raise will no longer be able to at worthwhile terms.

Kapor suggested that some companies might want to consider broader options. For example, if a company thinks it is headed towards losing control to investors who have different motives, it may be able to re-establish itself as a public benefit corporation to spell out the mission and preserve it in the charter (to a degree).

A simpler answer for many startups is to drop all fundraising goals and focus on profitability. “Genuinely, it’s not rocket science,” Bryce Roberts of Indie.vc tells Megan in an interview. “Profitability isn’t this crazy, elusive thing. It’s literally more achievable than a Series A round. It’s way more achievable than a Series B round. If you look at the kind of fall-off between those rounds, most entrepreneurs would be better off finding their path to profitability and scale.” Instead, Roberts reminds us that you do not need anyone’s permission to do a startup. You can figure out how to do it yourself like countless great founders before you.

Immigration to the US still possible

Resident immigration lawyer Sophie Alcorn does a regular Q&A column for us, responding to reader questions about the US process. A one “Scientist in South San Francisco” asked her what the impact was of a recent attempt to suspend green cards in a TechCrunch column this week. We’re highlighting the answer because we know that Scientist is far from alone:

“The proclamation that President Trump signed last Wednesday falls far short of the outright suspension of immigration he tweeted about on Monday. The order places a very limited 60-day moratorium on issuing green cards to individuals seeking to come to the U.S. from abroad. Aimed at protecting job opportunities for unemployed Americans and relieving U.S embassies and consulates of the green-card processing workload, this “temporary suspension” has already begun. It’s possible that it could be extended beyond 60 days….

What this new policy actually means is that no employment- or family-based green cards will be issued to candidates living outside of the U.S. except for spouses and dependent children of American citizens, physicians, nurses, or other healthcare professionals who are coming to the U.S to perform research or work to combat COVID-19 in the next couple of months.”

She separately breaks down immigration issues combined with PPP loans for those facing such complexities in this Extra Crunch column.

Hopefully, in any case, this country will soon return to being a place where people want to move.

VCs talk startups in gaming during the pandemic

In our investor surveys this week, media analyst Eric Peckham caught up with top investors in gaming, part of an ongoing series he’s been doing since last year. But this time around, he talked about the COVID-19 impact on social gaming and MMOs, and separately on esports. Here’s one key part from Ryann Lai of Makers Fund:

Lai: I like to think that every game is becoming more MMO-esque with persistent social profiles and deeper social interactions. The “traditional” MMOs themselves are seeing ever-increasing player expectations on visuals, narratives, social systems, and accessibility (e.g., less grind, shorter sessions, cross-play, etc.).

On the supply side — we’ve seen a continued democratization of multiplayer-centric development driven by a) decrease in development and operating costs, as well as b) availability of talents and specialized backend solutions providers that empower smaller (both in size and budget) and more distributed teams to have “MMO” ambition.

Extra Crunch Live: Join Roelof Botha for a live Q&A on May 6 at 2pm ET/11am PT

When regulation presents a (rare) opportunity

Quarantine creates new opportunities for video makers, according to a Butter Works report

Equity Monday: Startups run low on cash, and why some Internet tailwinds are fading

5 tips for starting a business with a stranger

How this startup built and exited to Twitter in 1,219 days

There is money in design tools, but do designers have a target on their backs?