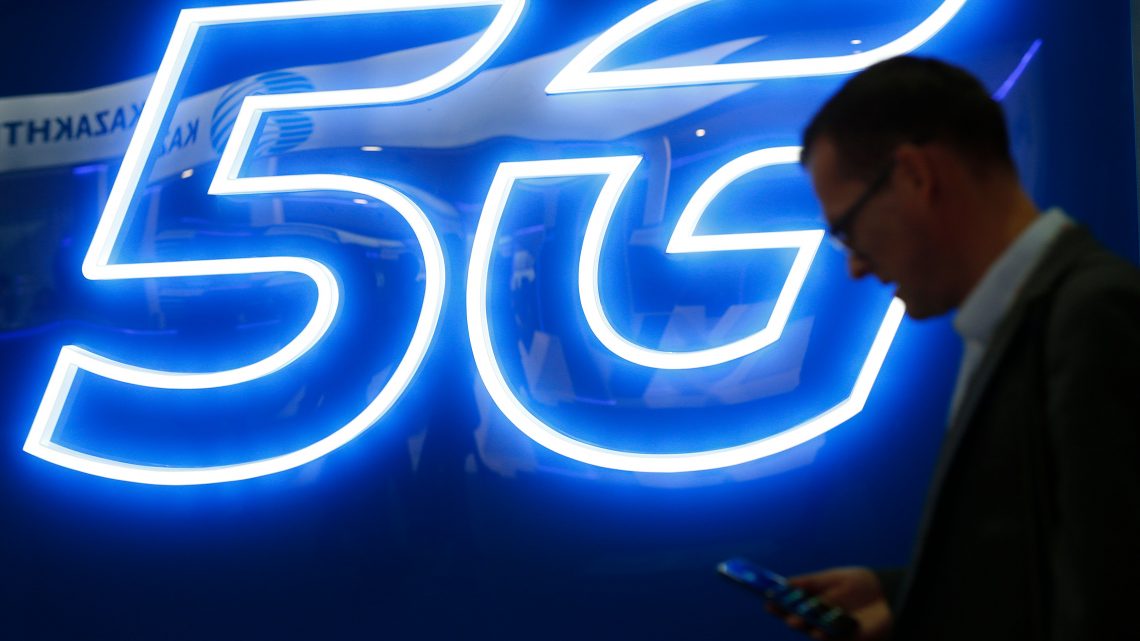 Startups Weekly: The US is finally getting serious about 5G

Editor’s note: Get this free weekly recap of TechCrunch news that any startup can use by email every Saturday morning (7am PT). Subscribe here.

There are few things that US political leaders can agree on these days, but one of them thankfully appears to be 5G. Manufacturing, transportation, agriculture, health care and many other industries are beginning to incorporate the fast, device-to-device connectivity provided by the fifth-generation wireless standard. But the key 3.5 GHz band of spectrum had been reserved for military and government use. Following years of congressional and most recently executive-branch action, it will now be auctioned off in early 2021. The marketing fluff will finally make way for the technology’s promise(s). More analysis from Danny Crichton:

There has been growing pressure on U.S. government leaders in recent years over the plodding 5G transition, which has fallen behind peer countries like China and South Korea. Korea in particular has been a world leader, with more than two million 5G subscribers already in the country thanks to an aggressive industrial policy by Seoul to invest in the country’s telecommunications infrastructure and take a lead in this new wireless transition.

The U.S. has been faster at moving ahead in millimeter (high frequency) spectrum for 5G that will have the greatest bandwidth, but it has lagged in midband spectrum allocation. While the announcements today is notable, there will also be concerns whether 100 Mhz of spectrum is sufficient to support the widest variety of 5G devices, and thus, this allocation may well be just the first in a series.

Nonetheless, additional midband spectrum for 5G will help move the transition forward, and will also help device and chip manufacturers begin to focus their efforts on the specific bands they need to support in their products. While it may be a couple of more years until 5G devices are widely available (and useful) in the United States, spectrum has been a key gating factor to reaching the next-generation of wireless, and a gate that is finally opening up.

All sorts of IPOs

“Today, it’s nearly hard to recall the fear that took over startup-land,” Alex Wilhelm writes in a review of recent unicorn news for Extra Crunch. “Sure, there are warning signs about cloud growth rates, but for many unicorns, we still live in boom times.” Indeed, two of the biggest names in pre-public startups appear once again track for IPOs. Airbnb could file to go public this month, despite pandemic losses to its business. Payments provider Stripe seems to be headed that way, too. The Valley’s oldest unicorn, Palantir, may finally do that direct filing. In the meantime, Accenture spinout Duck Creek Technologies had its big liquidity event for its private equity owners yesterday, with a 50% pop — Alex did a closer look at the insurtech company’s financials on Monday for Extra Crunch, and predicted events basically:

[T]o understand its revenue base, we’ll need to annualize the nine-month period that ended May 31, 2020 (ew), and use that to extrapolate a (kinda) revenue multiple using a set of metrics that we don’t tend to use for such things (yuck).

By that logic, the company will raise its IPO range, price above the boosted interval, and quintuple on its first day’s trading…

Want more zingers like this? He’s busy covering the 2020 unicorn-to-IPO path through all its twists and turns over on The Exchange, which subscribers can get as a daily post and as a weekly newsletter coming out every Saturday.

Our security editor Zack Whittaker had a first-person situation this week with poor security practices at a startup. And not just any kind of startup:

I got a tip about a new security startup, with fresh funding and an idea that caught my interest. I didn’t have much to go on, so I did what any curious reporter would do and started digging around. The startup’s website was splashy but largely word salad. I couldn’t find basic answers to my simple questions. But the company’s idea still seemed smart. I just wanted to know how the company actually worked.

Reporters use a ton of tools to collect information, monitor changes in websites, check if someone opened their email for comment, and navigate vast pools of public data. These tools aren’t special, reserved only for card-carrying members of the press, but rather are open to anyone who wants to find and report information. One tool I use frequently on the security beat lists all the subdomains on a company’s website. These subdomains are public but deliberately hidden from view, yet you can often find things that you wouldn’t from the website itself.

Bingo! I immediately found the company’s pitch deck. Another subdomain had a ton of documentation on how its product works. A bunch of subdomains didn’t load, and a couple were blocked off for employees only. (It’s also a line in the legal sand. If it’s not public and you’re not allowed in, you’re not allowed to knock down the door.) I clicked on another subdomain. A page flashed open, an icon in my Mac dock briefly bounced, and the camera light flashed on. Before I could register what was happening, I had joined what appeared to be the company’s morning meeting….

Founders, lock up those docs!

Studying up on diversity

Megan Rose Dickey, who has started writing weekly column about tech labor called Human Capital, put together a quick set of resources for companies including a glossary of terms and key organizations, as well as key issues and data points for context. Here’s more:

After Minneapolis police killed George Floyd and the subsequent racial justice uprising, many people in tech shouted from the rooftops that “Black Lives Matter,” despite having subpar representation of Black and Latinx folks at their companies. In some cases, these companies’ proclamations of ‘Black Lives Matter’ felt especially performative in contrast to their respective stances on Trump and selling their technology to law enforcement agencies.

Still, this has led to an increased focus on diversity, inclusion and equity in the tech industry. If you’re wondering things like, “Where do I find Black and brown talent?” or saying, “I’d invest in Black and Latinx people if I could find them!,” then this is for you.

Below, you’ll learn about some of the issues at play, some of the key organizations doing work in this space and access a glossary of frequently used terms in the realm of diversity, equity and inclusion in tech.

Lucas Matney took a look through three growth marketing talks at early stage to glean key tactics for those who didn’t attend. Along discussions around SEO and landing pages, here’s a big presentation from Sound Venture’s Susan Su about growing a business through email marketing in 2020. Here’s an excerpt:

“The first role email plays in growth is as a tool to help you accelerate your reinforcing feedback loops. For example, email growth can help you expand LTV if you’re building a consumer e-comm or it can help you shorten your sales cycle if you’re a B2B, or enterprise SaaS business. It’s also really powerful for reducing attrition or churn, which is key, obviously, and sometimes it’s an overlooked way of actually increasing growth.”

Check out her full talk, which was moderated by your faithful correspondent, for advanced topics like how to improve the credibility of your domain with spam filters.

Save with group discounts to TC Sessions: Mobility 2020

We’re exploring the future of SaaS at Disrupt this year

The robots occupying our sidewalks

No pen required: The digital future of real estate closings

This week we had the full crew around once again — Natasha Mascarenhas, Danny Crichton, Chris Gates and myself. And as always, it was key to have the full crew as there was an ocean of news to get through. Before we get into the show, make sure you’ve checked out Danny’s latest work on the TechCrunch List… now, let’s get to it:

The TikTok saga continues: This week we spent a few minutes discussing why bankers are incentivized to make the proposed TikTok-Microsoft deal as competitive as possible. Or at least make it look as competitive as possible. And, there’s some data from inside Microsoft about how the deal is being viewed. Airbnb could file to go public this month! It might go public before the year is out! That’s way better than we expected. (Bloomberg got its Q2 finances.) Palantir could file for a direct listing next month! That’s great. We wanted to know what Palantir really is, namely a consultancy or a tech company. And then we played valuation bingo so we can look back later and mock ourselves. I was very excited about the Duck Creek IPO. Few of my friends joined me in being excited. The three of us also took a minute to riff on the latest Pinterest news, namely that it’s poorly run and is sexist per its now-former COO. We’d love to stop covering these stories, but they keep happening so, on we go. Danny had some neat SPAC data to share, helping illustrate that SPACs are not merely a meme, they are a real, driving force of public company action this year. As was Tesla’s announced stock split, which led us to ask why a few times. Next up, Natasha walked us through her latest work digging into how Gen Z is shaking up the funding world. We framed the changes in some historical context, and decided that really in the end the kids are alright. Danny brought us to a close, with a note on Conduit (connecting founders and early-stage investors) and Circle (creator software). Both are worth your time.

And that was our show! We are back Monday morning. Stay cool!

Equity drops every Monday at 7:00 a.m. PT and Friday at 6:00 a.m. PT, so subscribe to us on Apple Podcasts, Overcast, Spotify and all the casts.