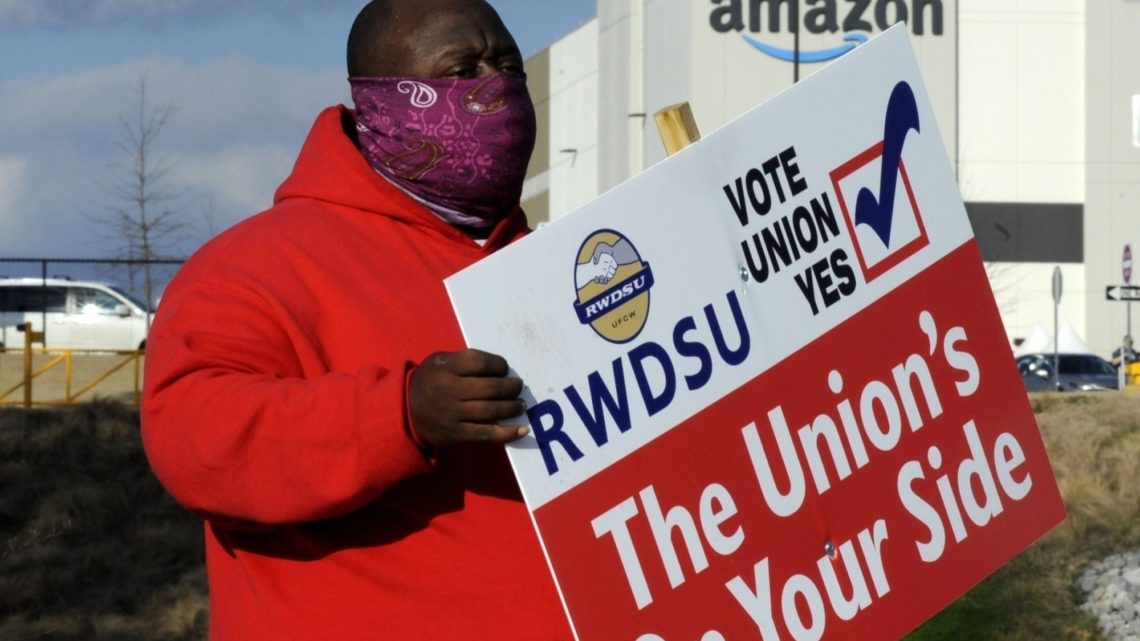 One of the country’s most powerful unions, the International Brotherhood of Teamsters, confirmed today that it plans to make a nationwide push to unionize Amazon warehouse workers and drivers. And it won’t be a gentle one.

The news was first reported by Motherboard, which obtained a video and resolution announcing the effort. As the organization explained, the plan to unionize Amazon’s growing logistics business has been underway for some time, and the failure in Bessemer to do so — after the grassroots effort faced intense opposition from Amazon itself — illustrates why such an endeavor is necessary.

As Teamsters National Director for Amazon Randy Korgan explained in a recent op-ed on Salon that hinted at the effort:

I see that Teamster locals across the country are already stepping up to meet the challenge by engaging members, building large volunteer organizing committees, building strong community-labor alliances and integrating transformative social justice organizing into their work.

As we saw in the closely-watched National Labor Relations Board (NLRB) election at Amazon’s Bessemer, Alabama warehouse, the company is willing to violate the law and spare no expense to keep its workers from forming a union.

Building genuine worker power at Amazon will take shop-floor militancy by Amazon workers and solidarity from warehousing and delivery Teamsters.

The Teamsters’ plan, assuming a passing vote at this week’s 30th quinquennial International Convention, is to create a special Amazon Division that will fund and aid unionizing efforts in the company’s workforces around the country. In the words of the resolution (the full text of which you can read below):

The IBT Convention recognizes the existential threat of Amazon to our members and commits all levels of the union to unite with core platforms of member engagement, worker and community engagement, antitrust enforcement and policy reform, and global solidarity

While Amazon repeats loudly and at every possible occasion its commitment to safe and well-paid jobs, reports continue to come out of workers in horrendous conditions, callous management and stagnant wages. As to the last, while Amazon has established a $15 minimum wage at the company, others have pointed out that this is far less than many warehouse workers and drivers were making at other jobs — which have now lowered their compensation to follow Amazon’s lead.

The conflict at Bessemer, in which Amazon was accused of union-busting tactics and dirty tricks to sink a traditional union voting process, has prompted the Teamsters to adopt a different approach.

According to Motherboard, the organization is planning “a series of pressure campaigns involving work stoppages, petitions, and other collective action,” in the hopes that Amazon will find unionization and negotiation preferable. I’ve asked the company for comment on the matter and will update if I hear back.

This is one of the union’s highest priority efforts for the next few years, though it did not specify any particular timeline or budget — no doubt because much of that depends on the situation they find on the ground. But Amazon’s hundreds of thousands of workers represent an enormous untapped working group, the unionization of which could realize similarly enormous sums in benefits for them.

View this document on Scribd