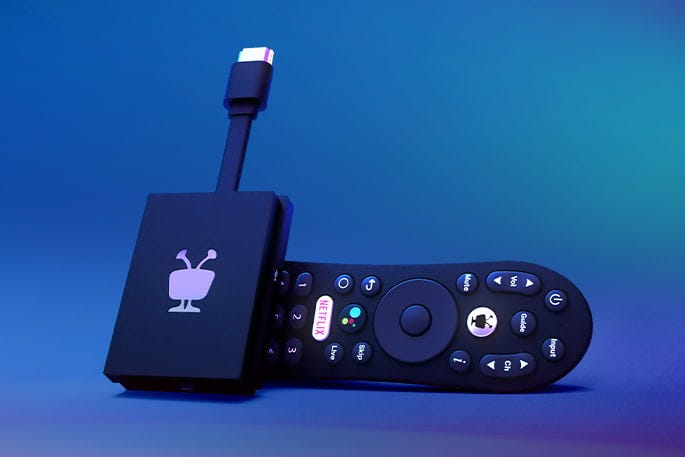 TiVo today is launching a new device, its would-be Fire TV Stick competitor known as the TiVo Stream 4K. First announced at the Consumer Electronics Show in January, this $50 Android TV-powered HDMI dongle is TiVo’s attempt to insert itself into the streaming media device market.

The new dongle arrives at a time when TiVo has largely lost its customer base to rivals like Roku, Amazon, Apple and others that have better catered to the demands of cord cutters. Meanwhile, TiVo’s own DVR for pay TV customers has slowly gone out of fashion as the cord cutting trend accelerated.

As the name implies, the new device supports 4K UHD, along with Dolby Vision HDR and Dolby Atmos. Chromecast is built in, too.

Thanks to its use of the Android TV platform, the TiVo Stream 4K also has access to thousands of Play Store apps for streaming, including Netflix, YouTube, Amazon Prime Video, Hulu, HBO, Disney+ and others.

But one thing it doesn’t have is a way to record live TV. Instead, TiVo has left that up to its partner Sling TV and that service’s Cloud DVR. The deal with Sling TV also offers integration that includes surfacing Sling’s content in universal search and through voice commands via the included Voice Remote. 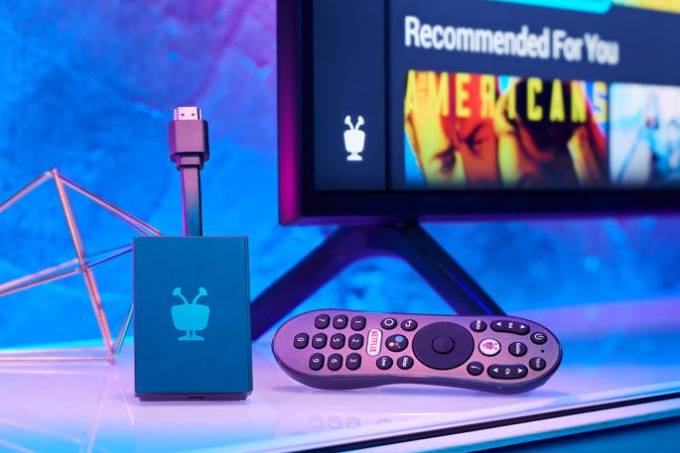 The decision to prominently feature Sling TV could make a transition to a streaming device less awkward for first-time cord cutters who may miss the always-on nature of live TV and its linear programming guide.

The voice button on the remote can also call up Google Assistant, as on other Android TV devices, which means you can do more than search for content. The assistant can answer questions, too — like giving you the daily weather forecast, for example.

Unlike TiVo devices that preceded it, the TiVo Stream 4K doesn’t require a subscription to continue to use its service. It’s just the one-time purchase of $49.99, which includes a seven-day free trial of Sling TV.

“At a time when viewers are streaming more than ever across a sea of platforms, TiVo Stream 4K integrates that content with recommendation and search features to make it easier to find, watch and enjoy the best news, entertainment and sports from today’s most popular services,” said Dave Shull, TiVo president and CEO, in a statement. “After an incredibly positive reception from media and the wider industry at CES, we are delivering on our promise to launch TiVo Stream 4K, which is symbolic of our company’s transformation from a well-loved DVR provider to a pioneer in the streaming market,” he said.

TiVo, of course, can hardly call itself a pioneer in a market where a number of streaming dongle devices already exist and have for years — including the Fire TV Stock, Roku Streaming Stick and Chromecast. Leading device maker Roku has also plugged nearly every hole in the market with a variety of form factors and feature sets from its low-end boxes and sticks to its high-end 4K player.

Meanwhile, TiVo has stuck around trying to reinvent its DVR for the era of cord cutting, with middling results. Its oddly designed BOLT-era box for cord cutters was eventually replaced with TiVo Edge, which comes in two packages — one for antenna users, another for cable TV subscribers. But the demand for watching and recording TV has dwindled, outside of the specific needs of live sports viewers.

With declining hardware sales and subscriber numbers, TiVo has turned its business to advertising, including its TiVo+ streaming service and with skippable pre-roll ads on DVR recordings. More recently, it has announced plans to merge with technology licensor Xperi in a $3 billion deal.

The TiVo Stream 4K will give it another way to put its ad business in front of more customers.

The device is available now via www.tivo.com/streamNOW.