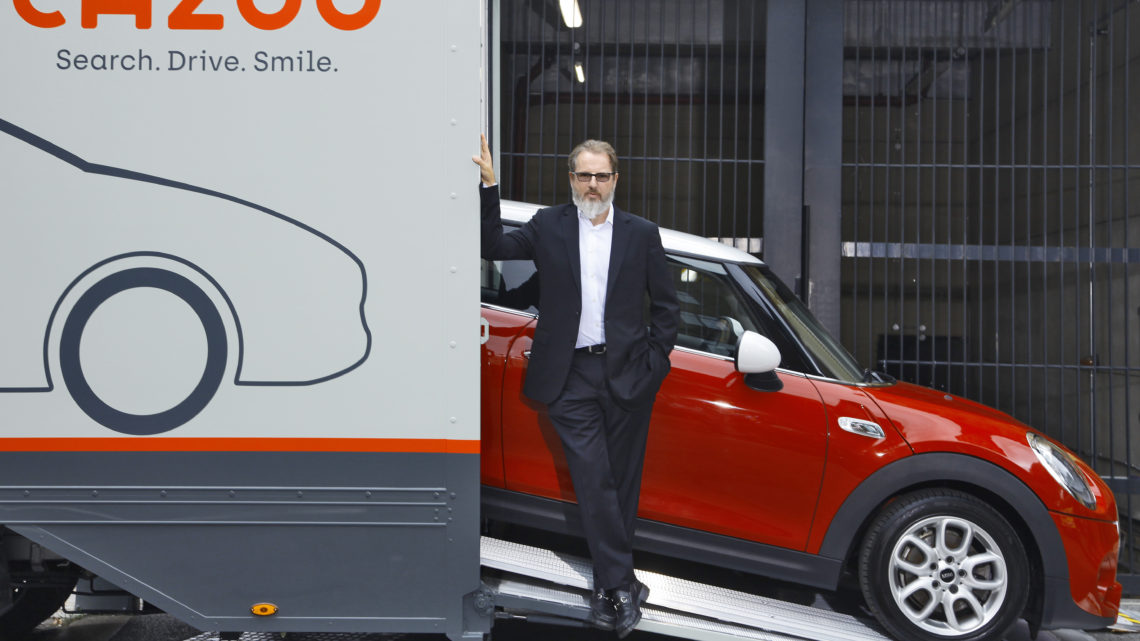 Cazoo, the UK used-car sales portal that has been on a major fundraising tear in the last year, will be next company to pursue more growth by way of a SPAC: the company today announced that it will list on the NYSE by way of a business combination with AJAX I, a special purpose acquisition vehicle founded by hedge fund supremo Dan Och in partnership with Glenn Fuhrman and others.

The deal values Cazoo at $7 billion and will also include an extra $1.6 billion in new financing: $805 million cash from AJAX I itself and an $800 million PIPE led by the AJAX sponsors and Cazoo backer D1 Capital Partners, with a mix of new and previous investors also participating, including Altimeter, BlackRock, Counterpoint Global (Morgan Stanley), Fidelity Management, Marcho Partners, Mubadala Capital, Pelham Capital, Senator Investment Group and Spruce House Partnership. The deal has already been approved by the boards of Cazoo and AJAX I.

“This announcement is another major milestone in our continued drive to transform the way people buy cars across Europe,” said Alex Chesterman OBE, Cazoo’s founder and CEO in a statement. “We have created the most comprehensive and fully integrated offering in the largest retail sector which currently has very low digital penetration. This deal will provide us with almost $1 billion of further funds to fuel our growth and I am delighted to be partnering with Dan and his team at AJAX to rapidly expand and deliver the best car buying experience to consumers across Europe.”

Chesterman — who already had a high profile before founding Cazoo (he had also founded LoveFilm, acquired by Amazon and used as the first step in its move into building its Netflix competitor, Amazon Prime Video; and the property sales site Zoopla) — will remain CEO of the company.

The company plans to use the proceeds of this to continue expanding across Europe after a bumper year. It said it saw sales grow by over 300% and is on track for 2021 revenues to approach $1 billion, with annual run rate revenues of $600 million in the first quarter with a business model based mostly around used-car sales but also diversifying, for example with a car subscription service.

Cazoo’s deal is a clear marker of how ubiquitous SPACs have become as an option for privately-held companies with a lot of money already on their cap tables to take the next step short of a more classic IPO on their own steam — a lengthy process that might not fit their financials or time constraints — or getting acquired. It’s also a sign of how companies based outside of the U.S. are also taking this route to list in on the country’s public markets, which in the case of Cazoo will give it access to a wider group of investors than listing in the U.K. would have done.

It shows some leverage on the part of investors to bring in their own financing and strategic control to direct the companies as more than just financial backers, and indeed Dan Och will be joining Cazoo’s board.

“We are incredibly excited to have the opportunity to partner with Alex and the exceptional team at Cazoo. Alex has proven to be one of Europe’s most successful serial entrepreneurs and we are proud to be supporting the growth of this world-class team, brand and platform,” said Ochs in a statement. “With their constant focus on innovation, data and customer satisfaction, I have no doubt that Cazoo is going to continue to lead the way in this massive, untapped market opportunity and am looking forward to joining the Board of Cazoo and working with Alex and his team.”

But it also represents another way for them to get in on what appear to be strong businesses in the long term, at a time when technology continues to be a huge business opportunity.

“As a long-term investor in Cazoo and believer in its leadership team, we are pleased to continue supporting Cazoo’s growth as a public company,” said Daniel Sundheim, the founder of D1 Capital Partners, in a statement. “While Cazoo had many options for funding its strategy, its decision to merge with AJAX and join with Dan Och and other renowned partners was a good one that will have positive implications for the company and its future.”

In the case of Cazoo, the company has been in the right place at the right time, it seems.

In a Covid-19 pandemic year where people stayed away from in-person shopping in the the UK — and, also to reduce contact with others, opted to use their own private vehicles rather than public or liveried transportation to get around — Cazoo sold and delivered 20,000 cars over its digital platform.

Cazoo plans to expand both that sales portal and other businesses lines, such as a car subscription service it runs, which currently has 6,000+ subscribers in the UK, Germany and France. The company was founded in 2018 and in the midst of the pandemic last year raised $427 million in funding, first $116 million in March 2020 and then a further $311 million in October. The latter round valued Cazoo at just over $2.5 billion, meaning that this latest SPAC represents a big price hike.

SPACs have quickly become a well-trodden alternative as the number of startups that have already raised a lot of money from private backers continues to multiply. In a few cases SPACs have come after testing the waters for IPOs did not go anywhere fast: witness WeWork last week announcing a $9 billion SPAC last week, coming on the heels of a major restructuring after its attempt to IPO in 2019 valued at $47 billion ended up in flames.

Others represent exit options for companies that have been around for years but haven’t fit the bill for a more traditional IPO. eToro, a 14 year-old Israeli trading platform that has been doubling down on digital and crypto currencies, earlier this month also announced a merger with a SPAC valuing it at $10.4 billion.

Others (and it seems Cazoo falls into this third category) are using them as a faster way of listing publicly and fundraising through those channels to bypass some of the longer and expensive processes of a more standard IPO. Grab, southeast Asia’s big on-demand rides provider that has expanded into a plethora of other services as a “super app”, is also reportedly considering a SPAC to speed up its plans to publicly list in the U.S.

Ultimately, while billions in valuations continue to be created through these and many more SPACs that have hit the market, it remains to be seen how SPAC’d companies will fare longer term on the public markets, and specifically whether those public market investors prove to be as as interested in backing these highly-scaling but perhaps not profitable (yet?) models longer term, as those private investors were when they put in hundreds of millions for shorter-term gains. (And of course it also remains to be seen what direction these companies will now take as public entities.)

LinkedIn confirms it’s working on a Clubhouse rival, too