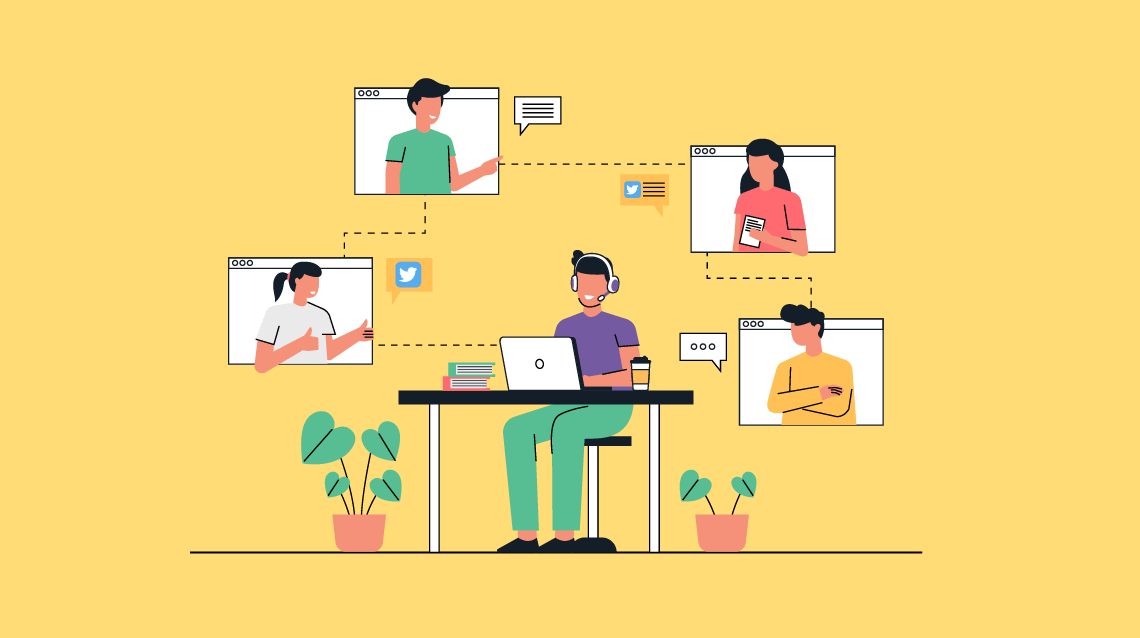 4 Things You NEED to Build the Perfect Twitter Strategy

Twitter’s platform doesn’t necessarily fit with conventional marketing. As robust of an ad platform as other social media sites like Facebook, YouTube, and Instagram are, Twitter is built entirely different. The lesser emphasis on paid media, the character limit for tweets, and the short content lifespan makes even your best tweets come and go in only a few hours. On the surface, it’s understandable why some marketers look at Twitter and say, “this isn’t worth my time.”

But the truth of the matter is that they are probably using Twitter wrong.

Just because Twitter isn’t as straightforward as Facebook, Instagram, and other social media platforms doesn’t mean it’s not worth your time. On the contrary, there’s a lot of specialized marketing that you can do on Twitter that can’t be replicated anywhere else.

While other social media platforms flaunt their built-in paid advertising platforms, Twitter recognizes it’s not necessarily built for that. Although you can do paid advertising on Twitter, it’s a space much better suited for organic advertising through brand awareness and outreach.

Unlike other platforms, Twitter is the best platform to turn your followers into raving fans. You’re not focusing on selling with paid media, you’re focusing on making people fall in love with your brand. And when you approach Twitter with that mindset, you can start to understand how effective it can be.

It can be a fine line to walk, but we’re here to help you turn your Twitter into one of the best tools at your disposal. There are some things that anyone can do to make sure they’re using Twitter effectively for their business.

Use these 4 rules to create the perfect Twitter marketing strategy that will produce results.

On Twitter, more than any other social media platform, developing a strong, distinct brand voice is a necessity. Because all of your posts are confined to 240 characters (and potentially an image or video), having a recognizable brand voice is the thing that will make people remember your business. In the Twitter world, there’s no better example of this than Wendy’s.

yes. we bought ad space on every single clock, twice a day, just for this reason. don't let us down. https://t.co/YRQfX6p4Hz

Wendy’s is extremely well-known on Twitter for their snarky, humorous tone. They are popular because they’ve found a way to make fast food funny, which makes their tweets super engaging. They also tend to get into Twitter feuds with other brands, which just makes them all the more funny.

Stick to pushing the food that’s so “good”you took it out of your name. My grandma has more heat in her roasts. https://t.co/4dyDghYTTz

They also use that same tone to do a pretty good job at advertising their deals. A 14-word tweet that got 2,000 replies and over 23,000 combined likes and retweets? The average tweet typically gets a combined 1696 retweets and likes. It’s pretty evident that Wendy’s is doing something right on Twitter.

You want two Spicy Chicken Sandwiches? Toss me $5 and you got a deal.

Because of their tone, people like the Wendy’s brand. People identify with it and odds are they will end up going to get food at Wendy’s. Wendy’s is using their Twitter account to make a massive impression on potential consumers. And it can all be traced to the fact that people like their brand voice.

Your brand voice doesn’t have to be identical to Wendy’s—humor is important to be successful on Twitter, but you can always develop a brand voice that’s dorkier and more heartfelt instead of snarky and sarcastic. Whatever the case, you need to find a voice that will work for your business, and then you need to stick with it.

If you need help finding your brand voice, the best thing you can do is think of what personality you want your business to have. You can go read your blog posts and newsletters for a little guidance on the personality your brand already has, because it’s best if your copy is consistent across all of your platforms.

Then, once you have a brand voice picked out, you can start using it to build your reputation on Twitter.

2. Engagement is Your Number 1 Goal

When you’re crafting your brand voice on Twitter, remember this: engagement is by far your number 1 goal.

Not follows. Not sales.

Some of your tweets should be informative, but a lot of them should be entirely focused on generating interaction. Whether it comes in the form of retweets, likes, or replies, you want people to interact with your top-notch tweets. Again, the best thing you can do on Twitter is build awareness for your brand or business.

In many ways, you can think of Twitter as a platform where your main goal to stand out. The more you stand out, the more likely it is you’ll go viral. The more viral the tweet, and the more engagement you get, the more likely it is to end up on the feed of your Customer Avatar. And although the viral tweets usually only circulate for roughly 12 to 24 hours, you can reach tons of people in that time.

Sometimes it’s as simple as tweeting something really funny that people will want to respond to, but there are plenty of trends on Twitter that you can do to encourage responses from people. Here’s an example of one we did.

Tell us your favorite marketing strategy. Wrong answers only.

This tweet is simply prompting people to respond, and we got great engagement on it. It makes people happy to be a part of the conversation, and it also helps them remember who we are. It gets them familiar with our brand, which we can then hopefully turn them into subscribers or customers after some more good content.

But if you aren’t having success with Tweets that are actively prompting people to respond, then really funny content is your next best bet. There are so many different ways to do this, but here’s one of my favorite examples.

Our best wishes to the royal couple on their magical wedding pic.twitter.com/gGcdq5zyGJ

Netflix tweeted this right before the Royal Wedding in 2018, and to say it did well would be an understatement.

Long story short: don’t track your Twitter success based off of how many sales you generate directly from the platform. If you make some sales, then that’s the cherry on top of the sundae. But the most important thing for your Twitter marketing strategy is engagement.

As far as videos are concerned, 70% of consumers shared a brand’s video on Twitter in 2020. And even Twitter thinks that creating a consistent visual brand is one of the best things businesses can do on their platform.

Not all images are created equal, though, so there are a few rules and best practices when it comes to incorporating visual elements to your Twitter strategy:

This is probably the most important rule. Stock photos don’t stand out, and even a simple picture of someone on your staff can produce way better results. This is a hand-picked example from Twitter of what a simple, but engaging, photo looks like:

We can’t always choose what life will throw at us, but we can choose what we’re going to do with it… #Alphalete pic.twitter.com/npMzUyqrUx

These pictures go way beyond what stock pictures can do, and they can also communicate things about their brand without having to say one word. At least in Alphalete’s case, an athletic clothing brand, it communicated that their brand is for people who are serious about fitness. It also made me want to buy their product way more!

Use templates to keep a consistent visual appeal to your photos

Similar to your brand voice, people like consistency in your images. If you throw lots of images at your consumers that are out of the ordinary, they may react negatively.

Use bright and engaging colors

This is the most effective way to catch the eyes of scrollers. Bright yellow and green are way more effective for generating engagement than gray and black.

This is a trend that’s become increasingly popular, and it’s because it can help make your brand feel more authentic and accessible. Illustrations can help you emulate any emotion, so they’re a useful tool to have.

Getting people to interact with you is your number one goal on Twitter. But what’s next?

Think of it in terms of your marketing funnel. The entire purpose of having a Twitter is to get people interested in your business so they’ll potentially become a customer later on. And, unlike other social media platforms, it’s basically impossible for anyone to actually make a purchase of any kind directly on Twitter’s platform.

That means you shouldn’t sell to them right from the start. The Customer Value Journey is important, even on Twitter. A simple tweet with a link that someone can use to sign up for your newsletter is a good start. It can be links to your blog posts that can at least get people to go to your website and read what you have to say. But once you get them past those milestones, then you can start focusing on selling to them.

The best thing you can do with your Twitter is get people more familiar with your brand. Just remember that the easier you make it for people to get from Twitter to your website, or the more incentive you give them to do that, the more likely it is that you will sell to them down the road.

Think of Twitter as an art. There is no hard-set formula for guaranteed success—it takes a lot of creativity and trial and error. But when you figure out how to drive engagement on Twitter, you’ll be able to generate more leads than ever before.

And, if you do it right, they’ll already be raving fans.

“Target Hours” Change the Game with Service ROI: How to Find & Implement Them