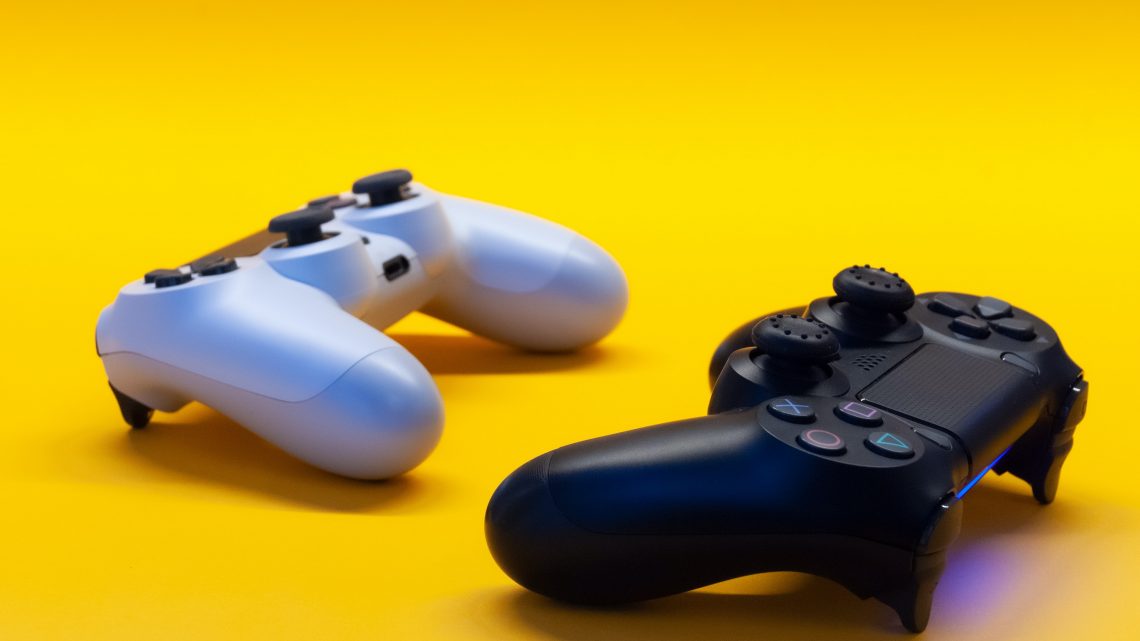 Protests across the U.S. over police violence and systemic racism against Black Americans have sparked gaming companies like Electronic Arts, Epic Games and Sony Interactive Entertainment/PlayStation to publish statements of their support and make donations to relevant advocacy organizations.

These are positive actions, but the most impactful thing game companies can do is take action internally. Racial bias is baked, usually unintentionally, into games by those who develop them. This creates a recurring pattern of Black and Latinx characters being stereotyped or completely absent in games, which is invalidating and demeaning.

There are 2.5 billion gamers in the world, a group that includes consumers across every ethnicity and age (especially in mobile gaming, the largest market segment). Quartz has noted that “57% of video game players in the U.S. between the ages of 6 and 29 will be people of color in less than 10 years.” Black and Latinx youth in the US spend more time per day, on average, on both mobile games and console games than white youth. For hundreds of millions of gamers globally — particularly in demographics driving the industry’s rapid growth — there are very few games whose stories center on characters like them. That is also a missed business opportunity.

“Telling these stories isn’t as niche as people think it is. Look at [the Marvel movie] Black Panther,” says Rashad Redic, co-founder and Chief Creative Officer of Brass Lion Entertainment, “The content is defined by whether it’s entertaining, period.”

Beyond characters’ skin color, there are subtle aspects of game development that contribute to underrepresentation or misrepresentation. The consistent view among gaming executives and researchers I interviewed for this article is that the lack of diversity among employees at leading gaming companies results in leadership remaining largely oblivious to this.

Raising this simple critique isn’t always welcome. Games industry journalist Gita Jackson, for example, has described the criticism she gets anytime she mentions the race of characters within a game. “I think the presence of more video game characters who are women of color is good … These should not be controversial statements — I’m simply stating something I appreciate, something that’s relevant to me,” she wrote last year, “and yet some readers responded as if I’d suggested that all gamers should amputate their pinky toes.”

One of the most extensive studies of racial representation in games was a 2009 study that analyzed 150 of the most popular titles. Black characters comprised 10.7% of characters, roughly on parity with the then-most recent census data that 12.3% of Americans are Black, and only 2.7% of characters were Latinx (relative to 12.5% representation in the U.S. population). But Dmitri Williams, a professor at the University of Southern California and the lead author of that study, says that Black representation is even lower if you only look at primary characters and that in any case “athletes in sports games account for most of the Black characters in those games.”

Kishonna Gray, a professor at the University of Illinois—Chicago, highlights that merely tracking the number of Black characters present in games misses the point of how they are represented. “In film, there have historically been three roles you see Black characters in: Black as violent, Black as the sidekick, Black as the help. This has also been true in video games.”

Furthermore, she argues that “sports games should be removed from those analyses since they are just copying real people from the real world” and mask the statistics that would show how infrequently Black characters arise from the creative process at most game studios.

When the only option to experience the fantasy worlds of many games is through white characters, it internalizes in many gamers that those fantasy worlds weren’t designed for them. “Anything is possible in games,” Gray told me in reference to her passion for the industry, “But anything is only possible for white characters. When they add Black characters to a game they root them only in their real world context … why can’t Black characters ride dragons?”

Data has shown that the representation of different races within games correlates to the racial makeup of the game development community. According to Williams. “It was pretty much a one-for-one representation.”

The International Game Developers Association (IGDA) found in the 2019 edition of its annual survey that among game developers worldwide:

“People draw their inspiration from their experience,” explained Gray, “that’s why we still have a problem with representation.” Redic said that during his career — which includes roles at top gaming companies like Bethesda and Crytek — he has frequently been “the only — or one of very few — Black guy among hundreds of game devs at a company.”

Tanya DePass, founder of the non-profit I Need Diverse Games, makes the point that for companies wanting to improve diversity in their content, “the biggest thing is diverse staff, and diverse staff at leadership level.” Moreover, her advice to game studios is to hire outside experts who can review their development plans and give feedback on where their content may stereotype or misrepresent an ethnic group: “Bring in diversity consultants in the beginning, not a month before launch, and treat it seriously.”

One company that uses consultants is Niantic, the studio behind Pokémon Go and Harry Potter: Wizards Unite. It has also implemented “Diversity and Inclusion check-ins through a game’s concept, preproduction and postproduction phases,” according Trinidad Hermida, the company’s Head of Diversity and Inclusion. “These check-ins look at everything from character design to evaluating whether the internal Niantic team working the product is diverse,” she explained, “Every new game we publish must go through this process to launch.”

That IGDA survey last year also found that 87% of game developers said “diversity in game content” is “very important” or “somewhat important,” which offers optimism that representation can improve as developers are pushed to think of diversity less in the abstract and more in the context of the specific games they work on.

The number of Black or Latinx characters across popular games is indeed growing, even if that progress is quite slow relative to the pace at which the demographic makeup of the gaming community is diversifying. Examples can be found in Moby Games’ list of games with Black protagonists through 2017 and the list of Black video game characters on Wikipedia.

Giving users lots of options to customize their avatar’s appearance goes a long way in helping different demographics of gamers feel welcomed and emotionally attached to a game. This is increasingly common in games, but there are often more limited options for Black avatars, like the ability to choose natural hair styles. DePass says that game developers “are often not thinking about the fact that there are other people who also want to see themselves [in creating their avatar].” And when they do, the homogeneity of their team can lead to foreseeable mistakes. For example, DePass expressed that “If Black hair is available at all, it looks bad. Sometimes there’s 5 inches between braids; or Afros look like steel wool. It’s like, ‘Have you ever met a Black person or seen photos of black hairstyles?’”

Cyberbullying is a big issue in games, MMOs in particular, and in their efforts to combat it, gaming executives should recognize that both female gamers and Black and Latinx founders are particularly targeted with abuse, often denigrated with slurs and racist jokes.

A small but important step that developers can take, according to Gray, is giving players the option to mark racist behavior as the reason for submitting a complaint against another user. Many games have added the ability to mark a complaint as being due to gender discrimination, she notes, but the lack of a similar option for racism permits game studios to remain ignorant about how often racism occurs on their platform. Collecting data on a problem allows for more measurement of that problem and more effective action to address it.

Building for an underserved market

As DePass noted in our call, “There aren’t a lot of Black creators of games, but there are a lot of Black buyers of games.” There is business opportunity in creating content that better speaks to often-overlooked segments of the gamer community.

The natural question here is: If making games with narratives that center on Black or Latinx characters is a compelling business opportunity, why hasn’t it already been tapped? Leadership at established gaming companies “have a sense of who is a gamer, and who isn’t, that is very archaic” says Glow Up Games CEO Mitu Khandaker, whose studio is developing a mobile game leveraging IP from the HBO show “Insecure.”

Likewise, she explains, entrepreneurs who found their own studios with this thesis quickly find that the major funding sources (publishers and venture capitalists) are composed of ethnically homogenous teams who are quick to judge such games as niche.

As a result, the game developers focused on building games that speak to Black and Latinx audiences remain stuck in the indie games space, lacking the resources or industry credibility to develop a AAA title.

There’s a long list of societal problems that contribute to the disproportionately small number of Black software engineers entering the games industry or in leadership roles in the industry, from less access to high-quality STEM education in K-12 to employers devaluing degrees from historically Black colleges and universities to the well-researched pattern of resumes with white-sounding names receiving dramatically more job interviews.

Khandaker noted that the perceived lack of representation and role models for Black engineers looking at the gaming industry causes many to avoid the sector altogether, and many who enter the industry leave it in frustration.

On our recent call, Williams shared his memory of speaking on a panel about racial bias in games at the DICE Conference for game executives: “In the few minutes of transition between the prior session and my panel, roughly 90% of the audience left.”

A repeated sentiment among several of those I interviewed for this post was that the problem is not gaming executives with harmful intent so much as gaming executives lacking the interest or empathy to treat diversity as an issue that they personally should dedicate time to address. Discussion of diversity, whether at conferences or otherwise, is still too often treated as a token matter for purposes of political correctness, not a pressing business problem to solve.

If the current news cycle is helping change that attitude and energize executives in the industry to step up, the most impactful action they can take is to approach diversity as a product development priority not as a PR issue.