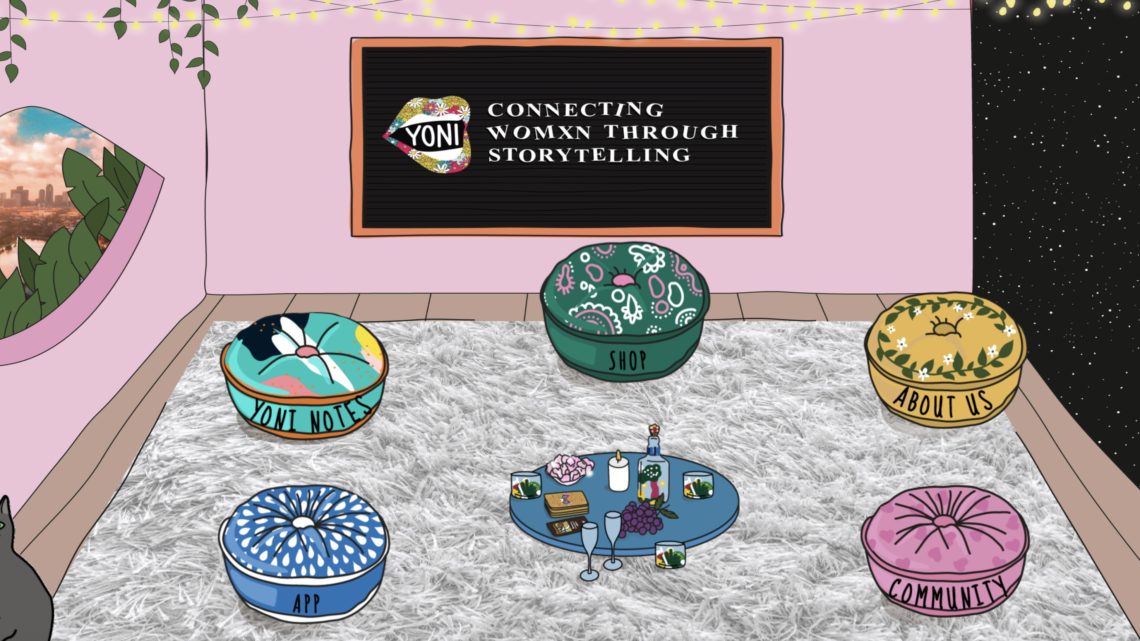 An early Snapchat employee who once architected the “Our Stories” product, Chloë Drimal, has now launched her own social app, Yoni Circle. Described as a membership-based community, the app aims to connect womxn using storytelling — including through both live video chat sessions as well as with pre-recorded stories that are available at any time.

The company has been quietly operating in beta since April 2020, but is now making its public launch.

Drimal came up with the idea for a social storytelling app, in part, because she saw the potential when working on the Snapchat “Our Stories” product.

“I got to see that storytelling connects us,” she explains. “I got to peer into global experiences like New Year’s Eve or witnessing the Hajj pilgrimage to Mecca, and I just saw firsthand how connected we are as people,” Drimal continues. “I got to see how that was affecting our Snapchat users and making them feel more connected to the world because of this art of storytelling,” she adds.

But another inspiration came from Drimal’s personal experience in being taken off the “Our Stories” product to work on other projects at Snap — a difficult time in her career that started to make her feel very alone. She later ended up having conversations with other women — often older women who shared their own experiences — who helped her realized that she wasn’t as alone as she first thought.

“Their stories empowered me to write my next chapter, and know that this wasn’t the end of my career as I dramatically thought as a twenty-five or twenty-four year-old. It really was just the beginning and it helped me see the healing of storytelling — but also the importance of what strangers being vulnerable can do,” she says.

The former allows members to join 60-minute moderated live video chat sessions with up to six womxn who connect with one another by listening to each others’ stories. During the Circle, a trained “Salonniere” guide will first lead the group through introductions, a breathing exercise, and will then introduce a storytelling prompt based on a specific theme, like “Stories on Gratitude,” or “Stories on Surprise,” for example.

The Salonnieres are not volunteers, but rather paid contractors who have undergone specific training to lead these sorts of sessions. Over time, they’ll also be able to gather members to paid web-based events, which could be things like yoga classes, book clubs, cooking classes and more.

The Circle sessions have a basic rule: take the stories with you, and leave the names behind. In other words, what’s shared in circles is meant to remain confidential, unless the member chooses to share it publicly. Anyone violating that rule will be banned.

Members are also advised to speak simply, leave their egos at the door, and respect differences. No one receives the topic beforehand, either, so members can’t rehearse their speeches and put on a “performance.” The act of participating is meant to be about authenticity and vulnerability.

During the session, each participant takes their turn to share their own story and will listen to the others’ in return. Users only speak when they have the “talking piece,” and they can react to another story with snaps, or by clicking a snap icon.

While the sessions may uplift members the way that group therapy does, they’re not really focused on addressing psychological issues. Instead, Drimal says members compare them to “a slumber party combined with a mindfulness class.”

Still, she says, members feel like participating is an act of self-care.

“You just feel lighter,” Drimal explains. “It’s hard not to listen to other stories, to see yourself and just be reminded that you aren’t alone in the highs and lows of life.”

Members can also opt to record their own stories and then set them as either public or private on their Yoni Circle profile. The team then curates the public stories to share as highlights on the app’s homepage, allowing users to listen at any time. This also powers the Yoni Radio feature.

Recently, the company had been testing a weekly broadcast of these recorded stories, but will soon trial a new “story of the day” feature instead.

The Yoni Circle app first launched into beta last April, just as the COVID-19 pandemic in the U.S. had begun. That led to people isolating themselves at home away from friends, extended family, and other social interactions — driving demand for new social experiences.

But Yoni Circle doesn’t quite fit into the new live, interactive mobile market that’s developed as of late, led by apps like Clubhouse and Twitter Spaces.

“I like to think we’ve carved out something different,” says Drimal. “It is intimate because we’re creating a safe space to be vulnerable…the things that I share in any circle I would never share on Clubhouse,” she says. “I think that’s also why we’ve been so focused on the way we grow our community. Yes, we’re looking to have millions of members, but we need to get there carefully.”

Currently, Yoni Circle is open to people who identify as womxn, and it involves an application process where you have to share who you are and what you’re looking to gain from the experience. Longer-term, the goal is to evolve the platform into a safe space that’s open to all.

Though the pandemic helped generate initial interest in the app  — it now has members from 1,000 cities across 80 countries — the startup sees a future in the post-pandemic market with in-person events that further connect its members.

Yoni Circle today is available on iOS for free. It will later monetize through an Audible-like credits model which provides access to the Circle sessions.

Yoni Circle plans to raise a seed round in a few weeks.

Classiq raises $10.5M Series A round for its quantum software development platform