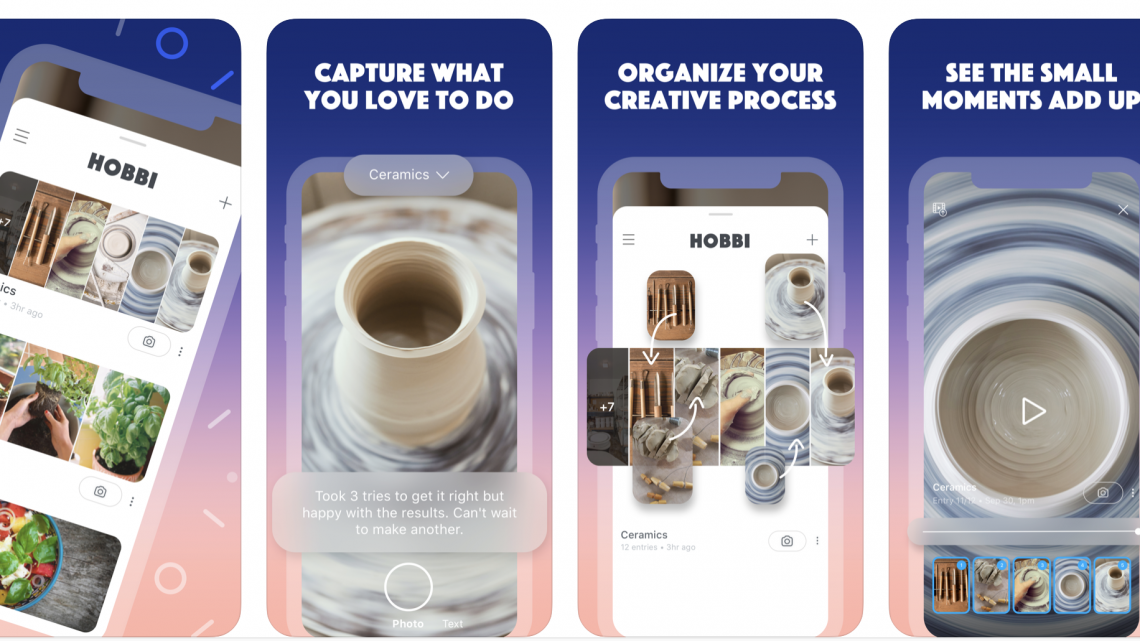 Facebook’s recently launched app, Hobbi, an experiment in short-form content creation around personal projects, hobbies, and other Pinterest-y content, is already shutting down. The app first arrived on iOS in February as one of now several launches from Facebook’s internal R&D group, the NPE Team.

Hobbi users have now been notified by way of push notification that the app is shutting down on July 10, 2020. The app allows users to export their data from its settings.

In the few months it’s been live on the U.S. App Store, Hobbi only gained 7,000 downloads, according to estimates from Sensor Tower. Apptopia also reported the app had under 10K downloads and saw minimal gains during May and June.

Though Hobbi clearly took cues from Pinterest, it was not designed to be a pinboard of inspirational ideas. Instead, Hobbi users would organize photos of their projects — like gardening, cooking, arts & crafts, décor, and more — in a visual diary of sorts. The goal was to photograph the project’s progress over time, adding text to describe the steps, as needed.

The end result would be a highlight reel of all those steps that could be published externally when the project was completed.

But Hobbi was a fairly bare bones app. There was nothing else to do but document your own projects. You couldn’t browse and watch projects other users had created, beyond a few samples, nor could you follow top users across the service. And even the tools for documentation were underdeveloped. Beyond a special “Notes” field for writing down a project’s steps, the app experience felt like a watered-down version of Stories.

Facebook wasn’t alone in pursuing the potential of short-form creative content. Google’s internal R&D group, Area 120, also published its own experiment in this area with the video app Tangi. And Pinterest was recently spotted testing a new version of Story Pins, that would allow users to showcase DIY and creative content in a similar way.

It’s not surprising to see Hobbi wind down so quickly, given its lack of traction. Facebook already said its NPE Team experiments would involve apps that changed very rapidly and would shut down if consumers didn’t find them useful.

In addition to Hobbi, the NPE Team has launched a number of apps since last summer, including meme creator Whale, conversational app Bump, music app Aux, couples app Tuned, Apple Watch app Kit, audio calling app CatchUp, collaborative music app Collab, live event companion Venue, and predictions app Forecast. Before Hobbi, the only one to have shut down was Bump. (Some are not live in the U.S., either.)

Of course, Facebook may not intend to use these experiments to create a set of entirely new social apps built from the ground-up. Instead, it’s likely looking to collect data about what features resonate with users and how different creation tools are used. This is data that can inform Facebook’s development of features for its main set of apps, like Facebook, Messenger, WhatsApp and Instagram.

We’ve reached out to Facebook for comment but one had not been provided at the time of publication.