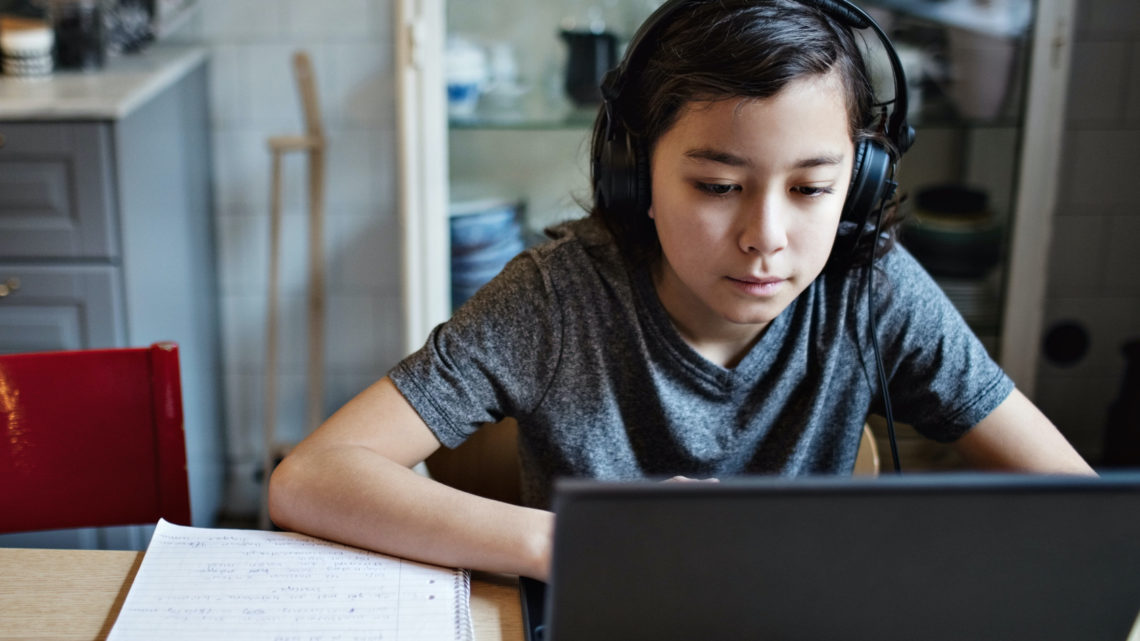 These Stanford students are racing to get laptops to kids around the U.S. who most need them

The digital divide is not a new phenomenon. Still, it largely took Americans by surprise when, as the U.S. began to shut down to slow the spread of Covid-19 in March, schools grappled with how to move forward with online classes.

It wasn’t just a matter of altering students’ curriculum. Many lacked either internet access or home computers — and some lacked both. According to USAFacts, a non-partisan organization funded by former Microsoft CEO Steve Ballmer,  4.4 million households with children have not had consistent access to computers for online learning during the pandemic.

It’s a problem that two Stanford students, Isabel Wang and Margot Bellon, are doing everything in their power to address, and with some success. Through their six-month-old 501(c)(3) outfit, Bridging Tech, they’ve already provided more than 400 refurbished laptops to children who need them most — those living in homeless shelters — beginning with students in the Bay Area where there are an estimated 2,000 homeless students in San Francisco alone.

Unsurprisingly, it began as a passion project for both, though both sound committed to building an enduring organization. They always cared about the digital divide; now they’ve seen too much to walk away from it.

Wang, for her part, grew up in the affluent Cleveland, Oh., suburb of Shaker Heights, which has “always had racial tensions,” she notes. (The best-selling novel “Little Fires Everywhere” is set in the same place, for the same reason.) Partly as a result of “racism in our community,” Wang became involved early on in public health initiatives that address those from underserved backgrounds, and part of that focus centered on equitable access to education.

Bellon, a biology major who met Wang at Outdoor House, a student-initiated outdoors-themed house at Stanford, had similar interests early on, she says. Growing up in San Mateo, Ca., she volunteered in homeless shelters in high school and in college, experiences that made her aware of the challenges created by a lack of access to technology. For many, just getting WiFi can mean having to linger outside a Starbucks, she notes, and often, the only computer available is inside a library.

As the world shut down in the spring, Bellon realized these options were no longer available to the many people desperately needing them, just as Wang was coming to her own worried conclusions. The friends joined forces and now 30 other volunteers, almost all fellow Stanford students, are also contributing to the effort.

So far, Bridging Tech has been most focused on securing laptops for students lacking access to tech. Citrix Systems and Genetech have been among the bigger donors, but it’s easy to imagine that the nascent organization could use far more help from the region’s many tech giants.

Once it has lightly used computers in its possession, they are distributed to a handful of refurbishers with which Bridging Tech has partnered. All guarantee their work for a year. One of these partners, Computers 2 Kids in San Diego, also provides clear instructions so that children can get up and running without much assistance.

Bellon says that homeless shelters in the Bay Area typically have tech volunteers who help children turn on the computers and get set up, and that organizations like ShelterTech have partnered with Bridging Tech to ensure these young computer recipients also have access to WiFi.

The devices are also gifted permanently.

In the meantime, Bridging Tech has also launched a tutoring program, as well as a mentorship program based on more skill-based activities like computer science.

It’s a lot of moving pieces for two college students who not so long ago were primarily focused on getting through the next assignment. That’s not keeping them from barreling ahead into other geographies based on the traction they’ve seen in Northern California. Bellon says that they’ve already talked with shelters in New York, L.A. Boston, Washington, Atlanta, and a handful of other cities.

As they’re made more aware by the day, all around the country, disadvantaged kids who’ve been forced into distance learning because the pandemic are falling further behind their peers.

It’s not an issue that the federal or state governments are going to solve alone without more resolve. Consider that about one in five teenagers in America said in a 2018 Pew Research Center survey that they are often or sometimes unable to complete homework assignments because they don’t have reliable access to a computer or internet connection. In the same survey, one quarter of lower-income teens said they did not have access to a home computer.

One of the biggest questions for Wang and Bellon is how they scale their ambitions. Right now, for example, the computers being refurbished by Bridging Tech are being delivered to shelters directly by volunteers who drive them there. Bridging Tech doesn’t yet have the network or infrastructure elsewhere to ensure that the same happens in other cities.

Both founders are aware of their limitations. Wang says very explicitly that Bridging Tech needs not only more device donations but could also use the skills of a grant writer, a marketer, and a development professional who can help introduce the outfit to other potential partner organizations. “We’re college students, so anything people can teach us is very valuable,” she says.

She also readily concedes that Bridging Tech “doesn’t have the process nailed down for in-kind donations in other cities, so we’re mostly beginning to purchase those devices.” (One way it’s doing this is via an organization called Whistle that pays users for their old devices but also enables them to donate the proceeds.)

Still, the two want to keep at it, even after Wang returns to school and Bellon moves on next year to a master’s program.

“For a more equitable society,” says Bellon, tech clearly needs to be equitable. “Covid has exacerbated these issues, but you need tech for everything and that’s not going away.”

How to Navigate Working with Problem Clients