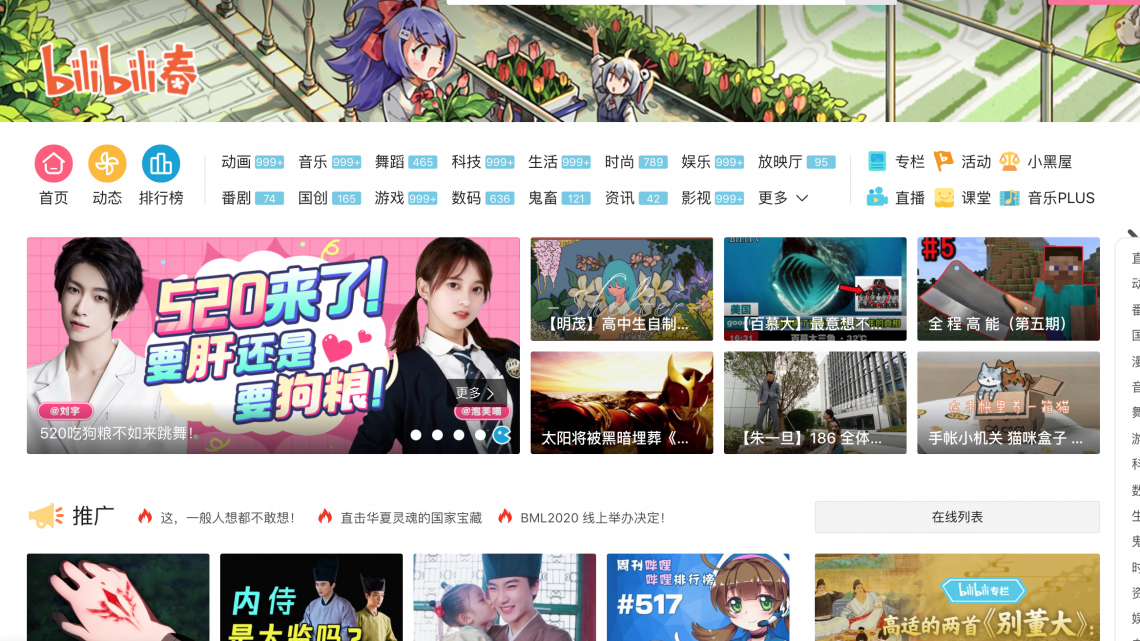 With 170M users, Bilibili is the nearest thing China has to Youtube

Bilibili, a Chinese video streaming website that was once regarded as a haven for youth subculture, has been steadily making its way into the mainstream as users age up and content diversifies. The NASDAQ-traded company recorded a 70% year-over-year growth to reach 172 million monthly active users by the first quarter, placing it in the same rank as video services operated by Tencent and Baidu’s iQiyi.

Daily time spent per user soared to a record of 87 minutes, which is likely linked to the extended stay-at-home order imposed on students during COVID-19.

In the same period, Tencent Video reported 112 million subscribers, while iQiyi commanded 118.9 million, almost all of whom are paying. Bilibili, by contrast, saw only about 8% of its MAU paying.

Bilibili’s growth engine is fundamentally different from the two giants though. While Tencent Video and iQiyi bet on Netflix -style, professionally produced programs, Bilibili relies on a wide array of user-generated content in the style of Youtube. The number of monthly creators grew 146% to 1.8 million, who collectively submitted 4.9 million pieces per month. Among its top creators is, lo and behold, the Communist Youth League of China.

The Youth League is among Bilibili's top 7 creators, and it gets the most likes of any contributor. It and other state-sanctioned influencers have been flooding the site with virus-related conspiracy theories and fanning anti-American sentiment. https://t.co/u5k0FTQwm2 pic.twitter.com/EbXaK7P7kY

The site also has an unconventional way of monetizing its audience. It doubles as a mobile gaming platform — to be expected given its young user base — and earned half of its revenue from video games in Q1. Other avenues of revenue generation come from virtual item sales during live broadcasting, advertising, and sales from content creators who operate online shops via Bilibili.

Despite healthy user growth, Bilibili widened net loss to 538.6 million yuan or US$76.1 million in the first quarter, a steep increase from 195.6 million yuan from the year before. It cites COVID-19 in causing delays in merchandise deliveries through its platform.

Nonetheless, the company bolstered its cash reserve to 10 billion yuan or $1.14 billion after Sony’s outsized $400 million strategic investment, which would explore synergies in animation and games between the partners. The online entertainment upstart is among a small crop of companies that have attracted financing from both Alibaba and Tencent, which are long-time archrivals.

“In Q1, we still generate positive operating cash flow, and our actual cash burn in Q1 was 200 million yuan, which is much less than loss in our P&L,” Bilibili chief financial officer Fan Xin asserted during the company earnings call.

The article was updated on May 19, 2020 to reflect a corrected statement from Bilibili on the company’s cash reserve.

GO1, an enterprise learning platform, picks up $40M from Microsoft, Salesforce and more