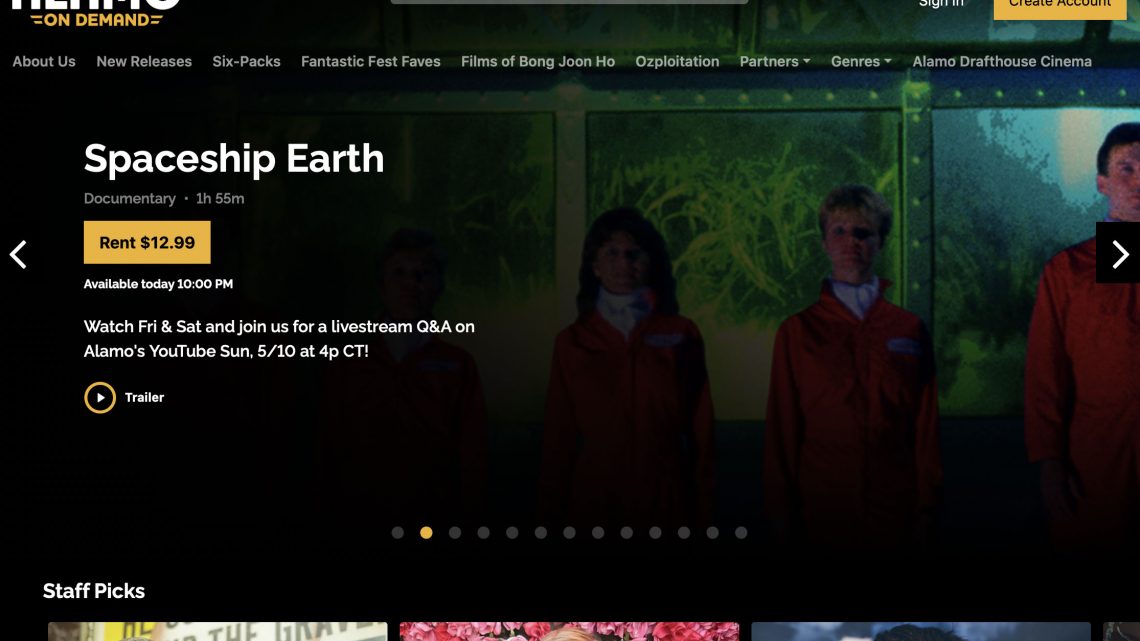 Back when movie theaters were a thing we could go to, Alamo Drafthouse was my one and only. Known for actively insisting that audience members shut the hell up during the movie and for having a damned fine beer selection, it’s like my personal paradise. If it was a movie I was excited to see, I’d drive an hour-plus to see it at Alamo rather than go anywhere else.

Like most other theater operations, Alamo’s theaters are sadly — but understandably! — shuttered until we beat this pandemic. In the meantime, they’re launching a streaming service: Alamo On Demand.

Building an on-demand video platform is quite the technical challenge… and, well, not exactly something that a relatively small theater chain (roughly around 40 locations) should probably tackle on its own. So Alamo is building this in partnership with ScreenPlus.

Alamo will be handling the curation and movie selection, while ScreenPlus is handling most of the technical stuff — things like DRM, geoblocking, etc. Most films on the platform are available to rent or buy, with prices varying by title.

Alamo isn’t looking to take on the Google Plays and Amazons of the world here by striving for a daunting, bottomless selection of movies; instead, each film they’re offering is personally nominated by at least one member of their team. If it’s on there, it has Alamo’s stamp of approval.

The current selection is eclectic and worth perusing, from award-winners like “Apocalypse Now” or “Parasite” to lesser-known cult flicks you’d probably pass up unless someone suggested it… which, well, is exactly the point of this shop.

Alamo notes that while the first build is live now, they’ve got more in the works: iOS and Android apps are on the way, and they’re aiming to tie-in the Alamo Victory loyalty program (allowing for things like discounts when purchasing movies you previously saw in the theater) at some point down the road.