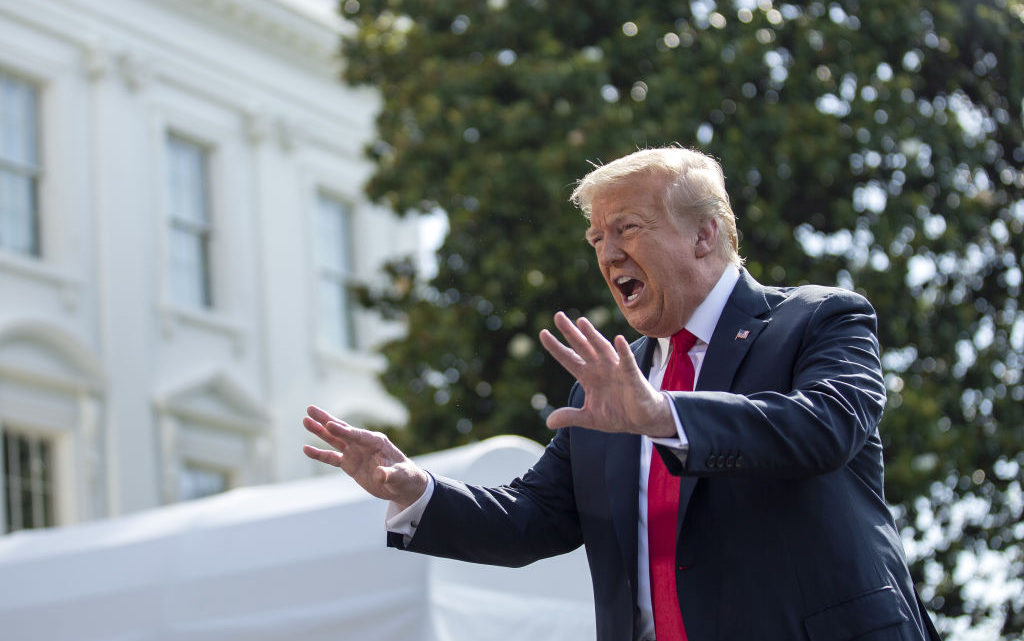 It was hard not to feel emotional today, as the world watched for more than four hours as rioters stormed into and throughout the Capitol building in Washington to disrupt the certification of the election win of incoming U.S. President-Elect Joe Biden. They’d been encouraged earlier in the afternoon by outgoing President Donald Trump to head to the building and protest what he falsely claimed yet again was a stolen election, a lie he began to spread the evening of the U.S. election in November.

While members of Congress called on Trump to make a statement rebuking the rioters’ actions from their undisclosed locations, he instead encouraged his supporters over Twitter, writing of the “sacred landslide election victory” that was “so unceremoniously & viciously stripped away from great patriots” and later posting a video in which repeated his lies about a “landslide election that was stolen from us.”

It was the first time in American history that supporters of the losing presidential candidate forcibly disrupted the official counting of electoral votes, as noted earlier in the evening by PBS. And while Trump’s tweets were later deleted by Twitter for “repeated and severe violations of our Civic Integrity policy,” the move was viewed by many as too little and too late, including by Silicon Valley investors, a wide number of whom let loose their fury toward the outgoing administration and its enablers.

So many of us have held off on this post in the name of balance and decency. If you still support Trump after this, FUCK YOU and never talk to me again.

One warning to stand down, then head shot

The deference to white domestic terrorist orgs is appalling & must end

If black folks were assaulting the Capitol, there’d be helicopter gunships

I’m sorry Hawley, I can’t hear you over the first pump to the MAGA crowd earlier. Sit the fuck down. (Nice double mask by Romney though!)

A lingering question is whether the ignominious day — one on which a dozen Senate Republicans and dozens more Republican House members had planned to object to the certification of the election results — will begin to polarize people further or whether, following Trump’s departure, some of that fury begins to subside instead.

Some investors, at least, say their anger has always had more to do with basic human decency, which seemed frequently to take a backseat during the Trump administration.

Deena Shakir of Lux Capital used to work for the Obama administration and is transparent about her political perspective on Twitter. But she says of today’s events that they “are not about politics. What we have witnessed is an affront to democracy, an assault on American history, and a gruesome reflection of the divided nation we live in.”

Hunter Walk — who cofounded the venture firm Homebrew and today tweeted, “don’t be putting [Trump son-in-law and White House advisor] Jared Kushner on cap tables when this is all said and done” — echoes the sentiment. “I’m not afraid to have a strong public voice on issues I consider to be urgent and essential human rights questions.”

As for whether the shock of today might make it harder to fund or partner with a team who supported Trump’s ascendency, Walk suggests it won’t, that business is business. “We fund wonderful entrepreneurs and employ no purity tests on whether they agree with us 100%. I’m certain we’ve backed people who sit to our political left and to our political right – that’s not an issue for us and not an issue for them.”

To the extent that Walk’s public political stance may turn off some talented founders who “would just prefer their investors shut up and write checks,” that’s “ok,” too, says Walk. “We don’t believe we need to compromise our values in order to be successful.”

Shakir meanwhile suggests that she doesn’t always have the luxury of tuning out politics entirely. For one thing, she considers those who terrorized the nation’s capital today “angered perpetrators of a jingoistic, supremacist ideology that is not only normalized but actually incited by the highest branch of our government and amplified via social media.”

More, she notes, “Given my focus on healthcare, so much of my own thesis development and so many of my conversations have inevitably been informed by the pandemic, which—for better or worse—has become politicized.”

Try as she might to bifurcate politics from work, it’s futile right now, Shakir says. “These events and policies inform our present and our future, affect the markets that value our companies, and contribute to trends and white spaces.”

Today, she adds, they also “reflect our values as a nation and as human beings.”

Decrypted: How bad was the US Capitol breach for cybersecurity?